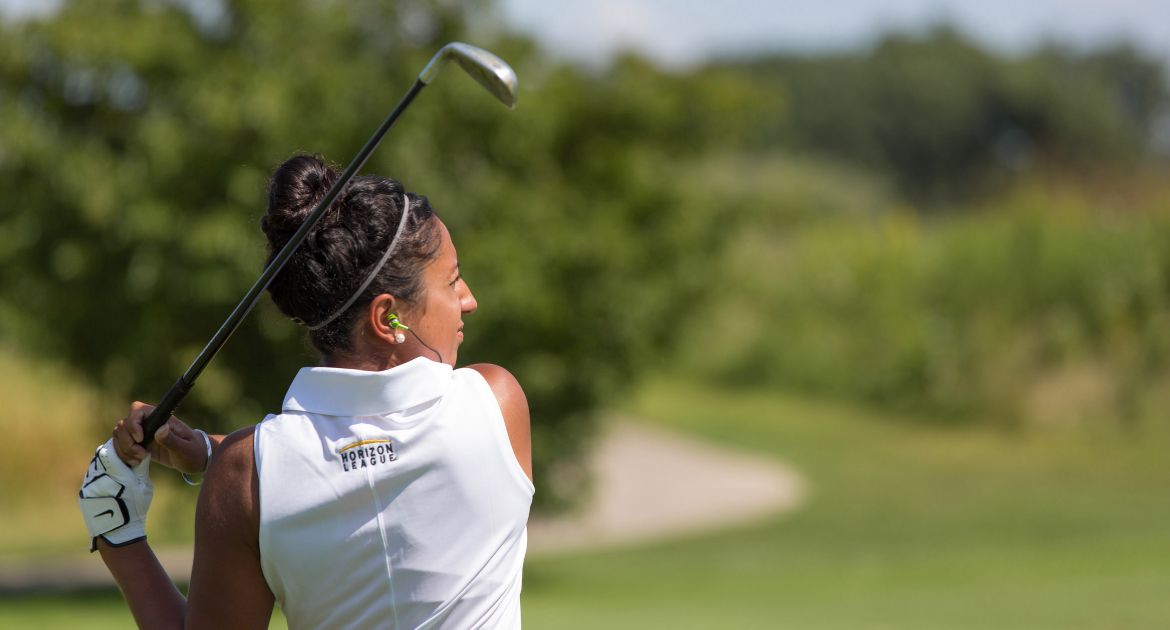 Sibil Gill led the Crusaders with a 80 (242) to finish the Horizon League Championship in 14th.
Related Links

The Valparaiso women’s golf team closed out their season on Sunday at the Horizon League Championship at Mission Inn Resort and Club in Howey-in-the-Hills, Fla.

The Crusaders finished the day at Las Colinas Course with a 334 to give them a three day score of 987, the eighth lowest score for 54-holes in school history. They ended the championship in sixth place.

“Our youth showed up again today,” head coach Mat Blair said. “We started off well and realized we were playing well. Then our inexperience showed up, but this was a good experience for the girls. I’m really proud of them. We were six shots out of tying for third with three girls with no experience at the league championships. If everyone hits one more putt each round we finish third. It all came down to one putt per player per round. I’m very proud of them though.”

Sibil Gill (Kokomo, Ind./Western) closed out the round with an 80 to give her a 242 for 54-holes. She finished the championship in 14th and had five birdies, the fourth most in the field.

Annie Gaugert (Lake Geneva, Wis./Badger) shot an 86 on the day to finish her first league tournament in a tie for 15th with her 246. She birdied number four. Katie Willenbrink (Mishawaka, Ind./Penn) carded an 84 on the day to end her first go-around in the league championship with a 248 and finished in a tie for 19th.

Sydney Shrum (Cloverdale, Ind./Cloverdale) shot an 85 to finish in 26th with a 54-hole score of  253. She birdied eight and 15 in her first league championship. Angie Kim (Schaumburg, Ill./Fremd) rounded out the scoring for the Crusaders as she also carded an 85 to finish with a three-day score of 257 and moved up to 28th.