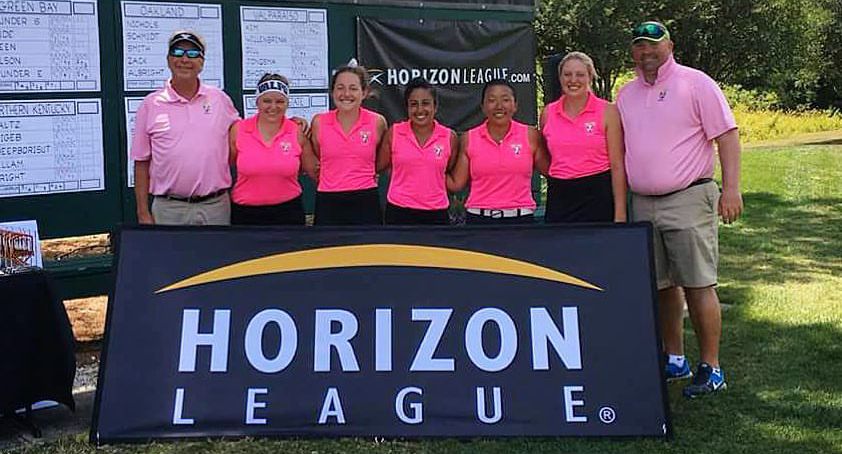 The Valparaiso University women’s golf team closed out its 2015-16 campaign Sunday with the final round of the 2016 Horizon League Championship at Mission Inn Resort in Howey-in-the-Hills, Fla., finishing the three-day event in sixth place

The Crusaders shot a team round of 329 on Sunday, improving three shots over their effort on Saturday, to finish with a three-round score of 986. Oakland claimed the team title at 944, while UIC’s Phon Angwarawong captured the individual championship.

Freshman Kylie Shoemake (Schererville, Ind./Lake Central) was the top finishing Crusader, closing out the tournament Sunday with a final-round 84 to finish at 246, good for a tie for 17th place. One stroke back of Shoemake was sophomore Katie Willenbrink (Mishawaka, Ind./Penn), who finished tied for 19th with a score of 247 after shooting an 82 on Sunday.

In her final collegiate round, senior Sibil Gill (Kokomo, Ind./Western) posted an 83 on Sunday to finish in a tie for 21st position, recording a three-round total of 248. Junior Angie Kim (Schaumburg, Ill./Fremd) carded Valpo’s top round on Sunday, shooting a final-round 80 as she registered a 54-hole total of 249 to tie for 24th place. Sophomore Kiana Jongsma (Dyer, Ind./Lake Central) rounded out the Crusader squad, tying for 37th place with a three-round total of 261.