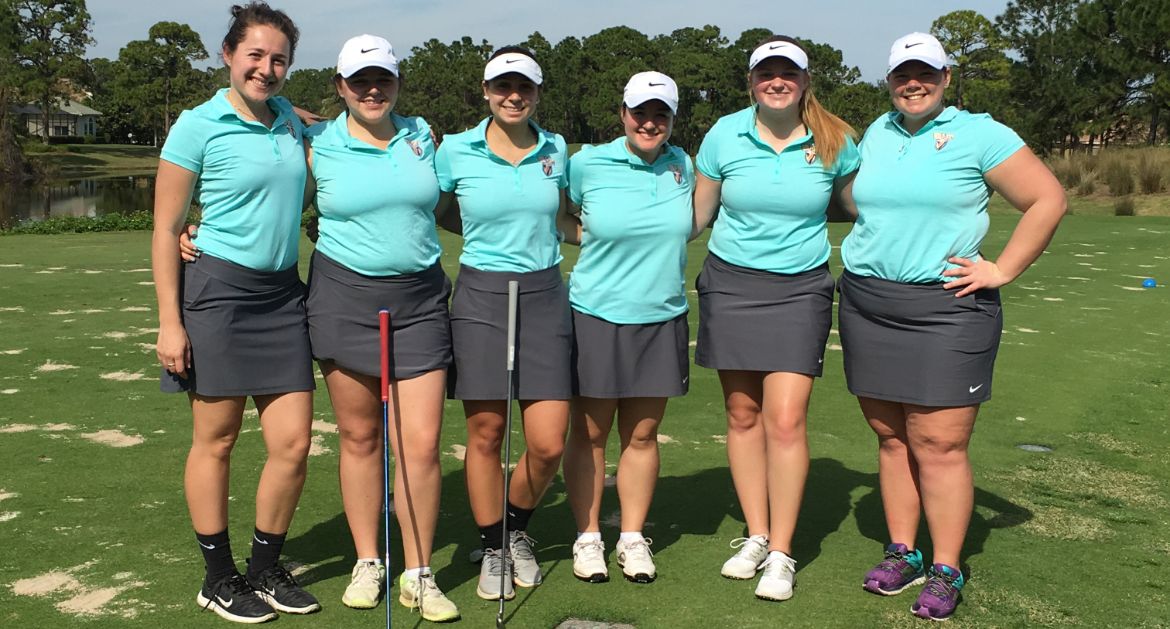 The Valparaiso University women’s golf team embarked upon the spring season on Friday, competing in 36 holes of match play at Dye Course at PGA Golf Club in Port St. Lucie, Fla. The Crusaders are in third place in the team standings through two rounds, owning five team points in an unusual match play format that does not feature head-to-head team scoring. The original format was altered when Western Carolina withdrew due to travel impacted by weather.

“It’s nice to get out on the grass again and shake off the rust that accumulates over the winter. The girls have worked really hard all winter to be ready for a successful spring campaign.”

Round 3 of the event will take place on Saturday as the Crusaders complete the first tournament of the spring campaign.