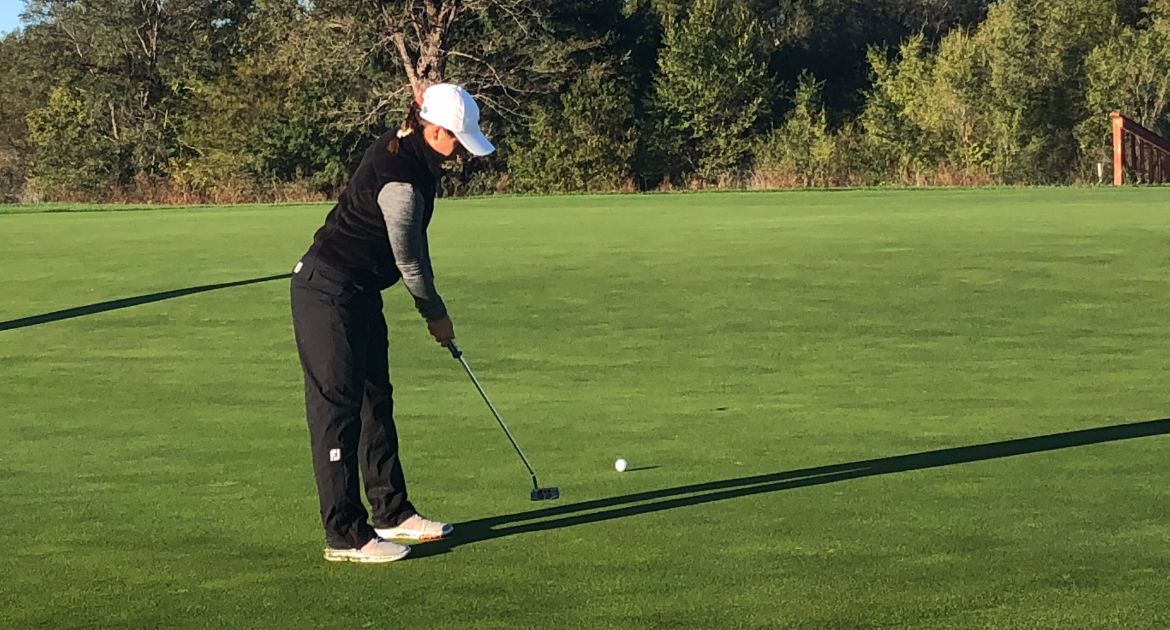 Kayla Krueger had the only eagle of the Saluki Invitational on Sunday.

The Valparaiso University women’s golf team completed one final tune-up prior to the Missouri Valley Conference Championship, golfing all 36 holes of the Saluki Invitational at Hickory Ridge in Carbondale, Ill. on Sunday. The event was initially scheduled to span Sunday and Monday, but the weather caused the teams to compress the tournament into a one-day format. Valpo finished in eighth of 14 in the team standings while battling unfavorable course and weather conditions.

“I’m really pleased with how the kids played in adverse conditions. The course was very wet and played extremely long. This was a great experience to help us prepare for conference next month.”

The next time the Crusaders take the course in a tournament setting, they will do so for the MVC Championship in Newton, Kan. The first day of the three-day event at Sand Creek Station Golf Course will be Sunday, April 15. This marks the team’s first championship tournament as a member of The Valley.