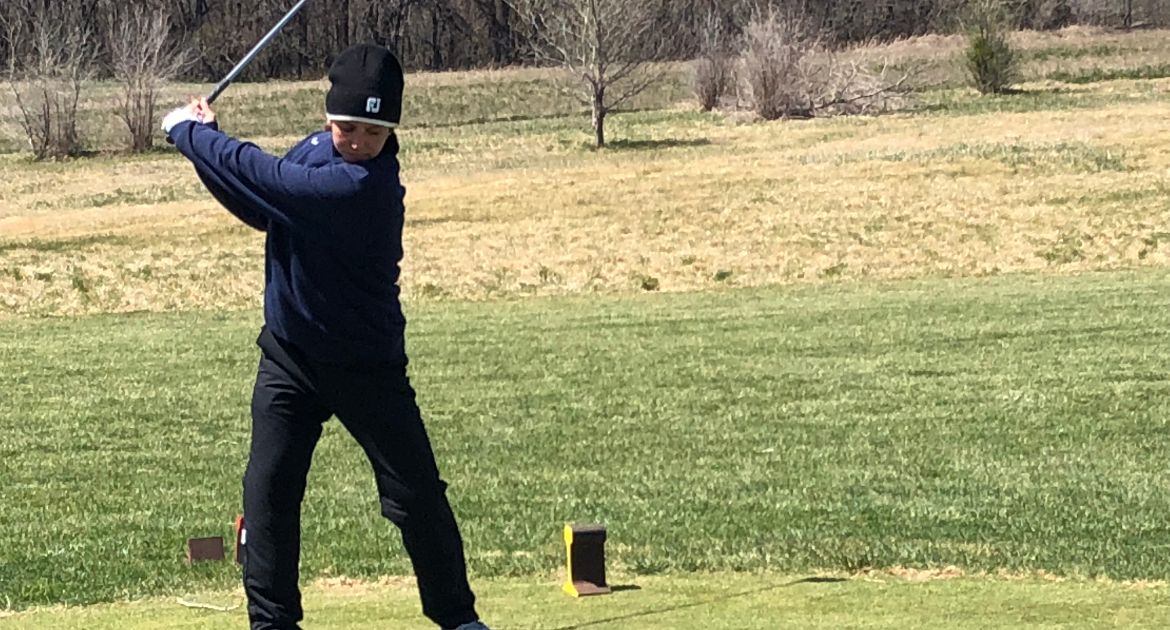 Kayla Krueger had the best Round 1 score in a conference championship in program history on Sunday.

The Valparaiso University women’s golf team made a statement in their first ever Missouri Valley Conference Championship round on Sunday at Sand Creek Station Golf Course in Newton, Kan. Sophomore Kayla Krueger (Spring Lake, Mich. / Spring Lake) is tied for medalist honors through 18 holes after posting a 75 despite competing in unfavorable weather conditions.

“I’m extremely pleased with the way the team played today. We’ve put ourselves in a position to catch a few strong MVC programs the next two days despite playing in horrible weather.”

“Kayla was incredible today. She hit a ton of fairways and her putter got hot in the middle of the round. She’s worked very hard and was able to shoot a score that reflects her hard work.”

The MVC Championship will continue on Monday with the second round of the event at Sand Creek Station Golf Course in Newton, Kan. Live scoring is available courtesy of GolfStat.