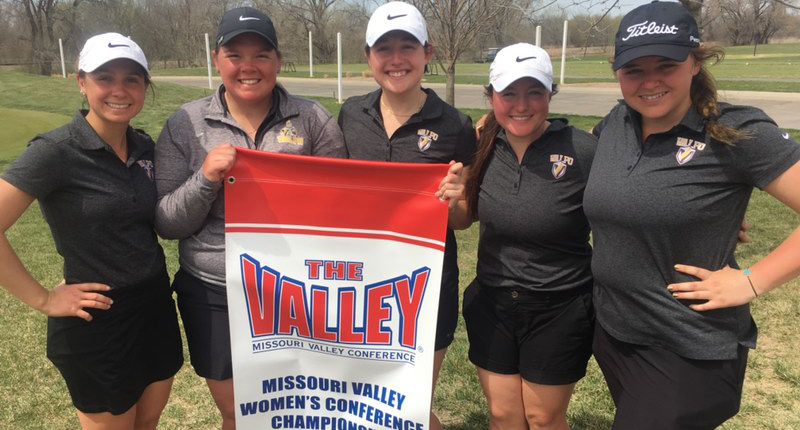 Valpo finished with the fifth-best 54-hole team score in program history at the MVC Championship.

The Valparaiso University women’s golf team ended its first Missouri Valley Conference Championship on a high note, setting a season best for team score for the third consecutive day on Tuesday at Sand Creek Station Golf Course in Newton, Kan. In the process, Valpo posted a 54-hole team score that ranks in the Top 5 in program history. Senior Katie Willenbrink (Mishawaka, Ind. / Penn) led the Crusaders in the final round of her collegiate career by carding a 75.

“We improved every day. You can’t really ask for much more as a coach. I’m extremely pleased with how our team competed the last few days.”

“It was a pleasure coaching Madison and Katie the last couple years. They have represented Valparaiso University extremely well on the course and in the classroom. We will miss them tremendously next year.”