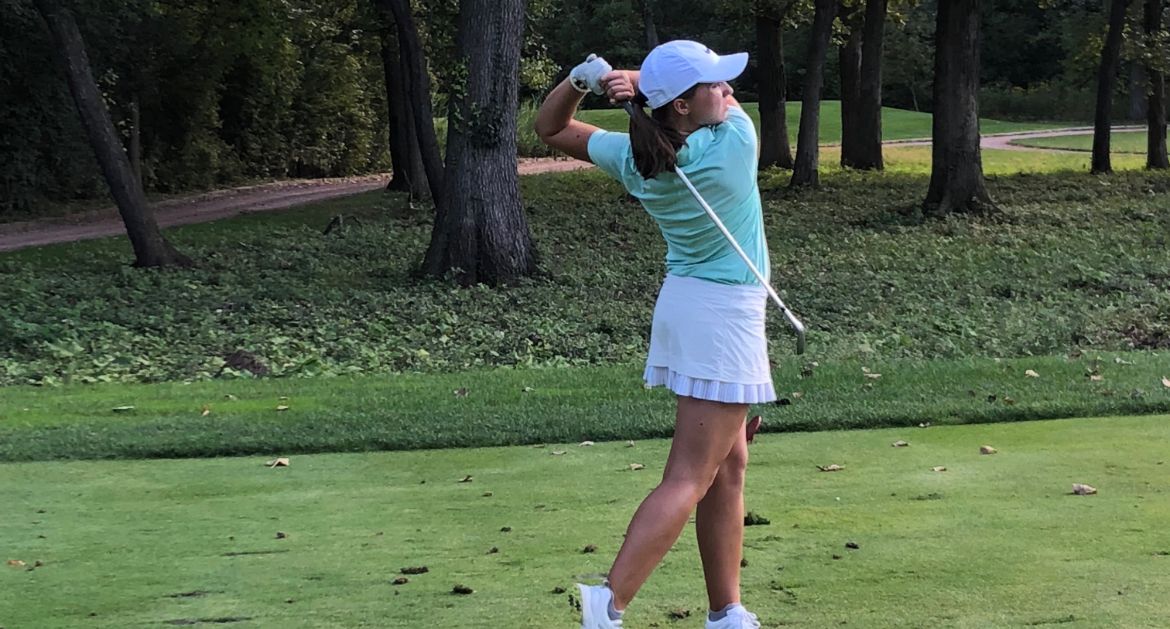 Freshman Payton Hodson had the best Round 3 score of any Valpo player with a 76 on Tuesday.

The Valparaiso University women’s golf team enjoyed its best round of the three-day Loyola Fall Invitational, turning in a team score of 318 to climb to seventh in the team standings on Tuesday. The final round of the event saw freshman Payton Hodson (Middleton, Wis. / Middleton) boast the best 18 holes of any Valpo player by turning in a 76.

“Kayla Krueger had another solid round today with a 78 and Payton had a break through round as a freshman. I’m very proud of our entire team for playing well and making upward movement in the standings.”

The next time Valpo competes, it will do so on its home course as the MVC Fall Preview is set for Oct. 15-16 at Sand Creek Country Club in Chesterton.