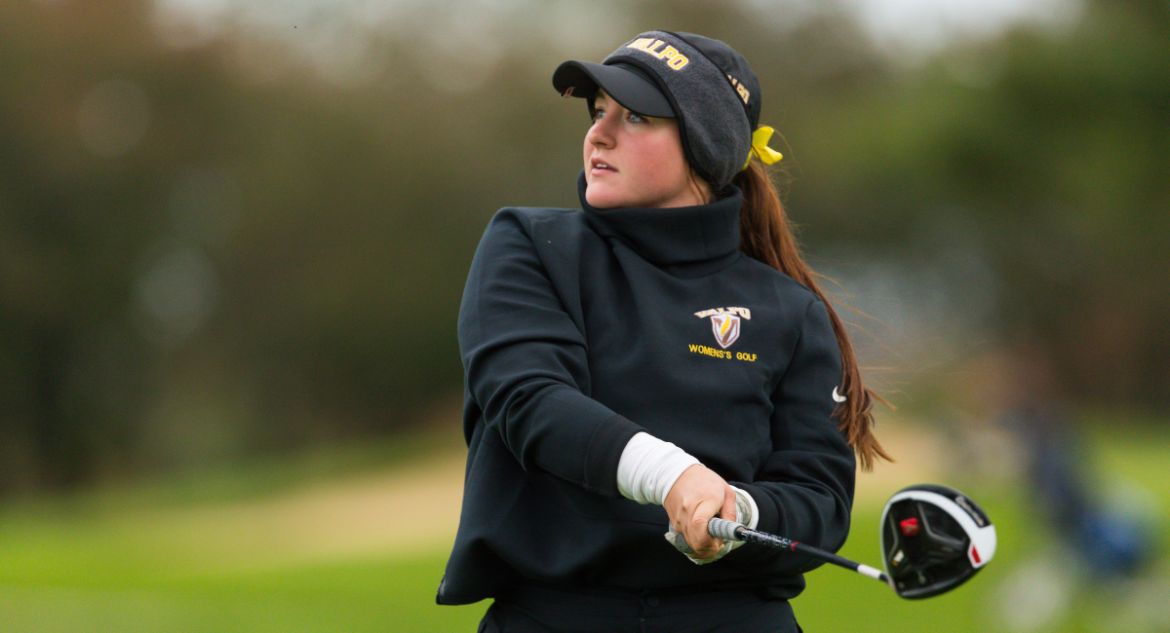 Tiffany Curtis is the team leader through one day of the MVC Fall Preview.

For the first time this season, the Valparaiso University women’s golf team competed on its home course on Monday. In preparation for hosting the MVC Championship in April, Valpo welcomed eight fellow Missouri Valley Conference programs to Sand Creek Country Club in Chesterton for the first 36 holes of the MVC Fall Preview.

“It was a tough day. The playing conditions were the most difficult we’ve encountered so far this season. Tiffany was able to throw in a couple of birdies today, which was good to see.”

“Hosting the conference championship is a great privilege. We have a great facility for the event and a golf course that is challenging for all levels of players.”

The second day of the MVC Fall Preview will take place on Tuesday with tee times beginning at 8:30 a.m. off the first and 10th tees at Sand Creek Country Club in Chesterton.