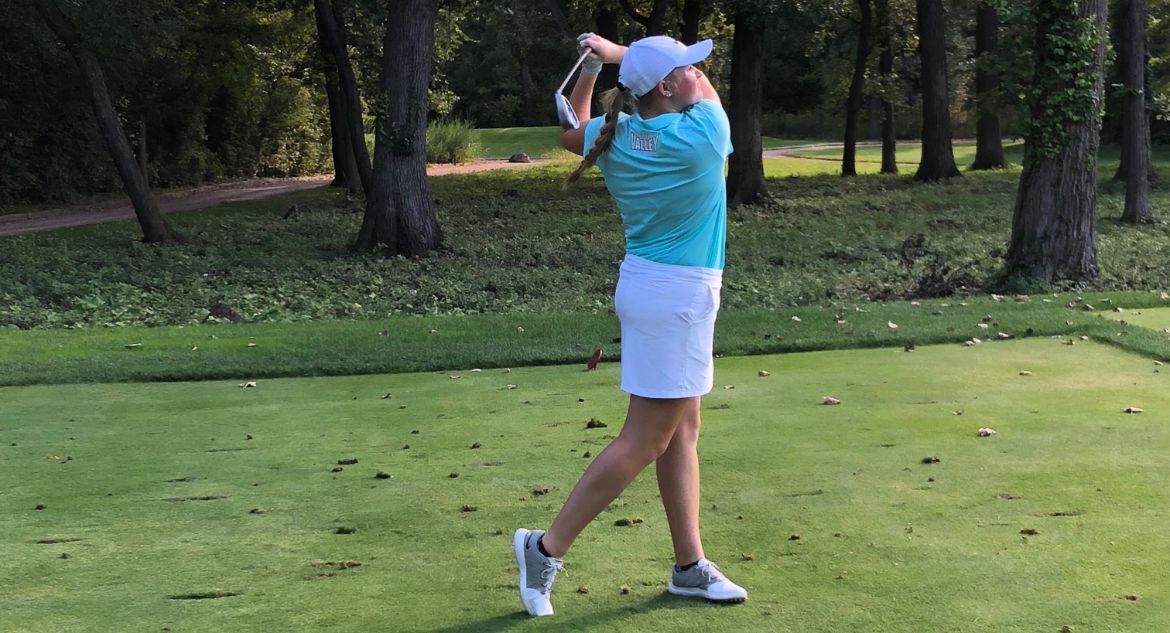 Shelby Schier had a hole-in-one on Tuesday.

Schier achieved the rare feat of turning in a hole-in-one on the Par 3 fourth hole of the Creek rotation at Sand Creek Country Club in Chesterton, Ind. on Tuesday. The hole-in-one marked the highlight of the week for Valpo, which played on its home course as a precursor to the MVC Championships this spring.

“Today’s playing conditions were extremely tough. It was difficult to build any momentum. The silver lining of today’s round was Shelby Schier’s hole-in-one. A shot like that doesn’t come around often, and it certainly added some cheer to the day.”

The final tournament of the fall season will take place next week as Valpo participates in the Braun Intercollegiate, hosted by Evansville. The first day of competition will be Monday, Oct. 22 with the event wrapping up on Tuesday, Oct. 23.