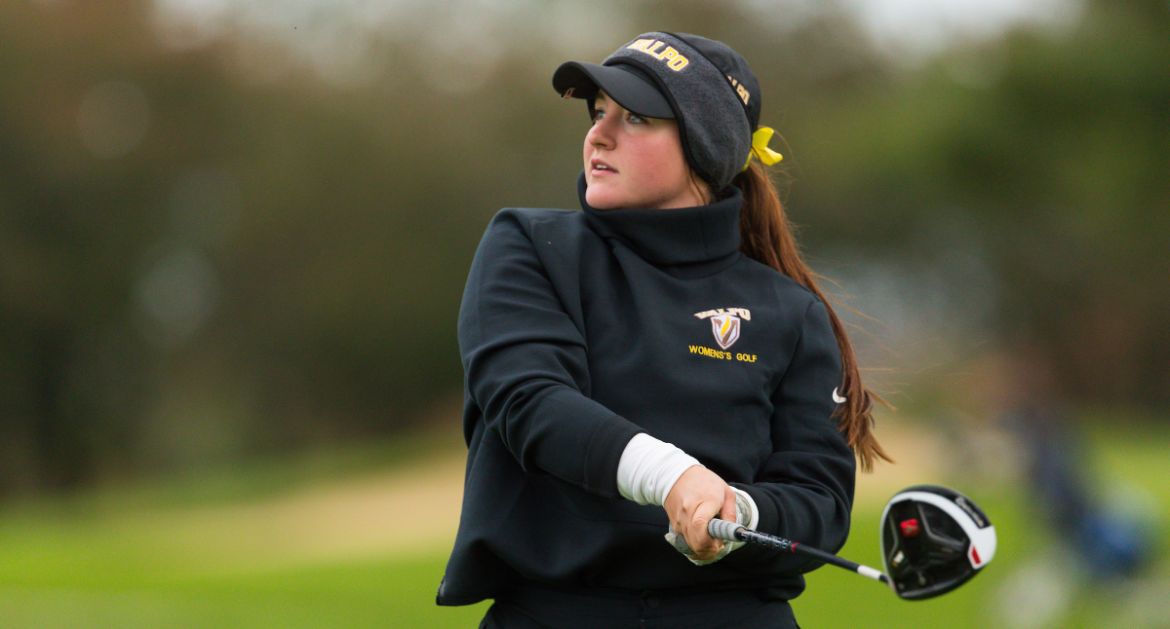 Tiffany Curtis finished out a victory over Creighton on Tuesday morning.

The Valparaiso University women’s golf team took part in the final day of the Motor City Cup on Tuesday at Mission Inn Resort in Howey-in-the-Hills, Fla. The event featured a tournament-style, match-play format as Valpo finished a match with Creighton and played the final match of the event against Northern Kentucky.

Valpo will next be in action on Sunday, March 24 for the first day of the two-day Saluki Invite hosted by Southern Illinois in Carbondale. Links to live scoring will be available.