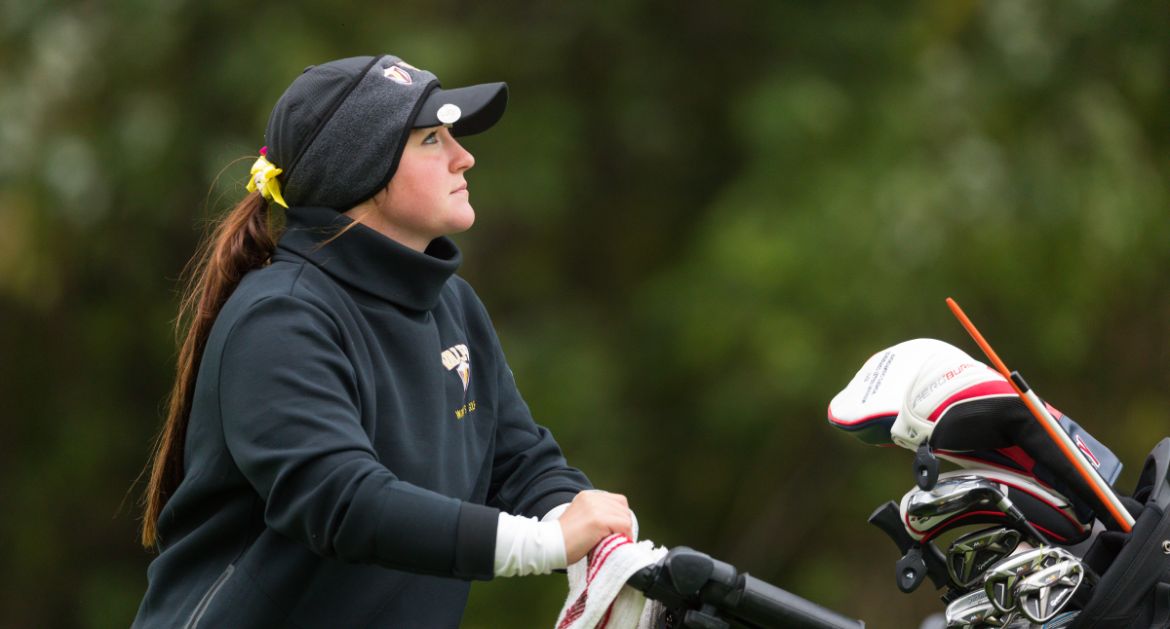 It will be a special week for Valparaiso Athletics as the University will host its first Missouri Valley Conference Championship event in any sport as The Valley’s 10 women’s golf teams compete for an automatic NCAA Regional berth.

The Basics
The conference members will participate in a practice round on Saturday before the three-day, 54-hole event begins on Sunday morning. There will be 18 holes of golf on Sunday, Monday and Tuesday with each day featuring tee times off the first and 10th holes beginning at 8:30 a.m. The event will be played at Sand Creek Country Club, a par-72, 6084-yard course.

Scouting the Field
Missouri State is the defending champion after winning the team title in Newton, Kan. a year ago. The Lady Bears also boasted the 2018 individual medalist in Rachel Johnson, who carded a 215. Johnson is back for her senior season and boasts a 75.31 scoring average, but it’s Loyola’s Elayna Bowser who leads the conference at 74.94. Missouri State won the MVC Fall Preview at Sand Creek in October, edging runner-up Bradley by two strokes. Johnson was the individual medalist, one-stroke ahead of the second-place tie between Bowser and Missouri State’s Abby Cavaiani.

“It’s simultaneously nerve-wracking and exciting to be hosting the tournament,” Valpo head coach Jill McCoy said. “I’m a new head coach and want to live up to the expectations of all of the other coaches in the conference. Luckily, I have significant experience in the golf industry and hosting tournaments is nothing new for me. There have been a lot of meetings and communication to make sure everyone is on the same page. We’re getting very close to ready and I’m excited for the event.”

Making Strides
Progress was evident for Valpo in its most recent tournament as the team turned in its best round of the season on the first day of the Indiana State Spring Invite in Terre Haute. The showing at Indiana State saw three Valpo players – Kayla Krueger (Spring Lake, Mich. / Spring Lake), Kylie Shoemake (Schererville, Ind. / Lake Central) and Tiffany Curtis (Crown Point, Ind. / Crown Point) – achieve rounds in the 70s. Krueger topped her previous season best with a 76, while Shoemake also carded a 76 to equal her season low.

“Our team has made huge improvements over the last three weeks,” McCoy said. “We’ve been focused on our short game and putting. Our players saw the product of all of their practice this past weekend in Terre Haute. We’ve come a long way, and our players have definitely been eager to put in more time than required. We’re also getting mentally stronger where bad shots and holes aren’t affecting us as deeply as they were in the fall. We’re able to keep it together and play through rough stretches.”

Last Hurrah
As she plays in her final collegiate tournament, Shoemake has the rare opportunity to close out her career with a home event. The Lake Central High School graduate is Valpo’s lone senior.

“It means a lot to me to get to end with this championship,” she said. “It shows how far our program and athletic department have come in my time here that we’re hosting the Missouri Valley Conference Championship. Since I’m from the area, a lot of my friends and family will be able to come watch. I’m proud to represent the Northwest Indiana community in this tournament. I’m sad that my career is coming to a close, but I’m proud of everything I’ve accomplished my last four years. I’m leaving a great team behind and I’m excited to watch them grow in the future.”

Shoemake ranks second on the team in scoring average at 82.71. She enters her final tournament with a career scoring average of 83.14 that would rank eighth in program history.

“Kylie is excited, but she’s also starting to get a little emotional,” McCoy said. “It’s bittersweet to see it come to an end for her. She is ready to post some good numbers. She’s been working hard all semester and is very capable of finishing on a high note.

The Region’s Division-I Team
Shoemake isn’t the only local product on the Valpo women’s golf roster. She is joined by Curtis, a junior who hails from Crown Point.

Curtis will look to continue her history of conference tournament success as she closed out the 2016-17 season with a 76 in the third round of the Horizon League Championship, her best round of her rookie campaign. A year ago, Curtis posted a season-low 78 to close out the MVC Championship as a sophomore.

“This tournament is really special because we get to be at home instead of traveling like we do for most of our events,” Curtis said. “Growing up in the area, I’ve always been aware that Sand Creek is a very nice course, so it’s extra special for me to be able to play a conference championship there. I’ve always played well in conference tournaments because they bring a different energy, so I’m excited about this one.”

Conference Championship Success, Continued
Another Valpo golfer who has fond memories of last year’s MVC Championship is Krueger, a junior who stroked a 75 in Round 1 a year ago as a sophomore. That was the best first-round score in a conference championship by any player in program history and was two strokes better than her previous career low of 77. It also marked the lowest 18-hole score by a Valpo player all season.

“It’s pretty exciting that we get to be the first program to host an MVC Championship because it brings some publicity to our sport on campus,” Krueger said. “There’s a little bit of pressure too, but we need to go out there and play our game. The competition is extremely strong, so we need to try to better ourselves and focus on our personal records.”

The McCoy Era, Chapter 1
This week will mark the final pages of the first chapter of Jill McCoy’s tenure as the head women’s golf coach at Valpo.

“Coach McCoy came in with a good idea of where she wanted the program to go,” Curtis said. “She’s organized and gives us drills that have really improved our game. I see our program going in a very positive direction. It’s been awesome to have her as our head coach.”

McCoy also serves as the director of golf instruction at Sand Creek, where she manages, oversees and directs the golf instruction and player development program for the facility. During her playing days, McCoy was a captain at the University of Southern Indiana from 1996-1998 before playing for a Purdue team that won the Big Team Championship in 1999-2000.

“It’s gone really well so far,” Krueger said. “Coach McCoy is a good coach who has a lot of knowledge of the game. She’s really pushing us to perform better. We’ve done a lot of short-game work and that has helped improve our scores. It’s fun to see our work pay off as we’ve gotten better under her guidance.”

Schier hopes the MVC Fall Preview was truly a preview of what’s to come, as she drilled a hole-in-one on the Par 3 fourth hole of the Creek rotation in that event.

Following Along
Links to live scoring via GolfStat will be available on ValpoAthletics.com. Check back to the site for coverage throughout the tournament.