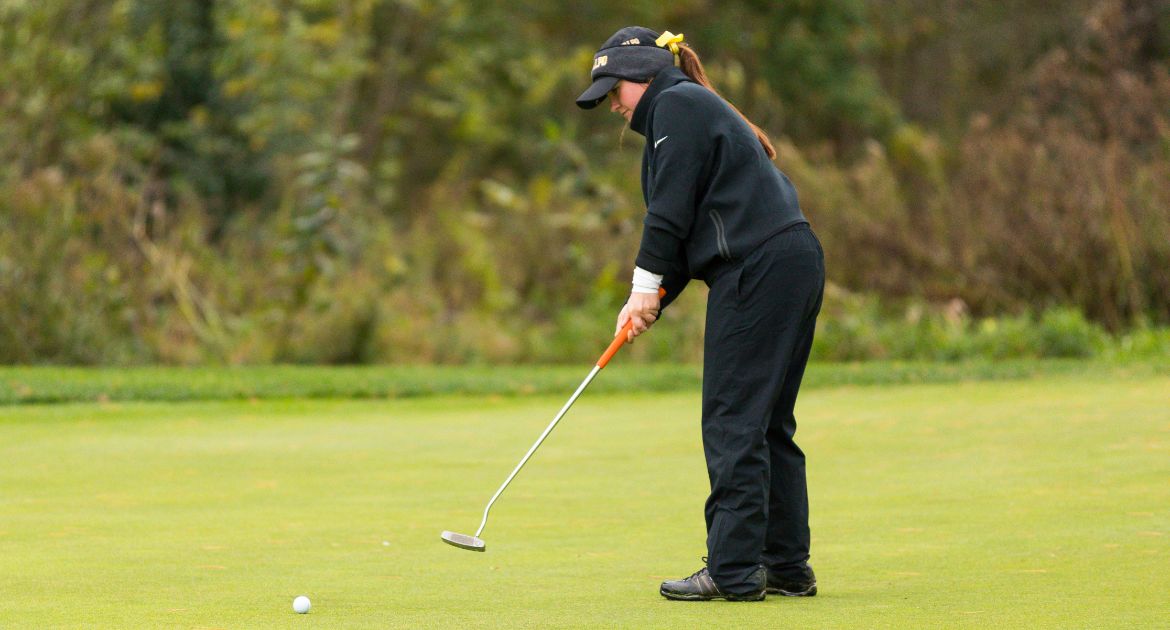 Tiffany Curtis led Valpo with a 36-hole score of 155 on Monday.

The first Missouri Valley Conference Championship hosted by Valparaiso University in any sport began on Monday as the conference’s 10 women’s golf programs completed the first two rounds of the 2019 Championship at Sand Creek Country Club in Chesterton. The first round was slated to occur on Sunday, but was pushed back due to inclement weather. The course recovered nicely from Sunday’s rain and snow, and the temperature was 40 degrees as the morning round teed off and reached the mid-50s by the afternoon hours.

The final round of the MVC Championship will take place on Tuesday at Sand Creek Country Club in Chesterton. Tee times will begin at 8:30 a.m. with live scoring available via GolfStat.