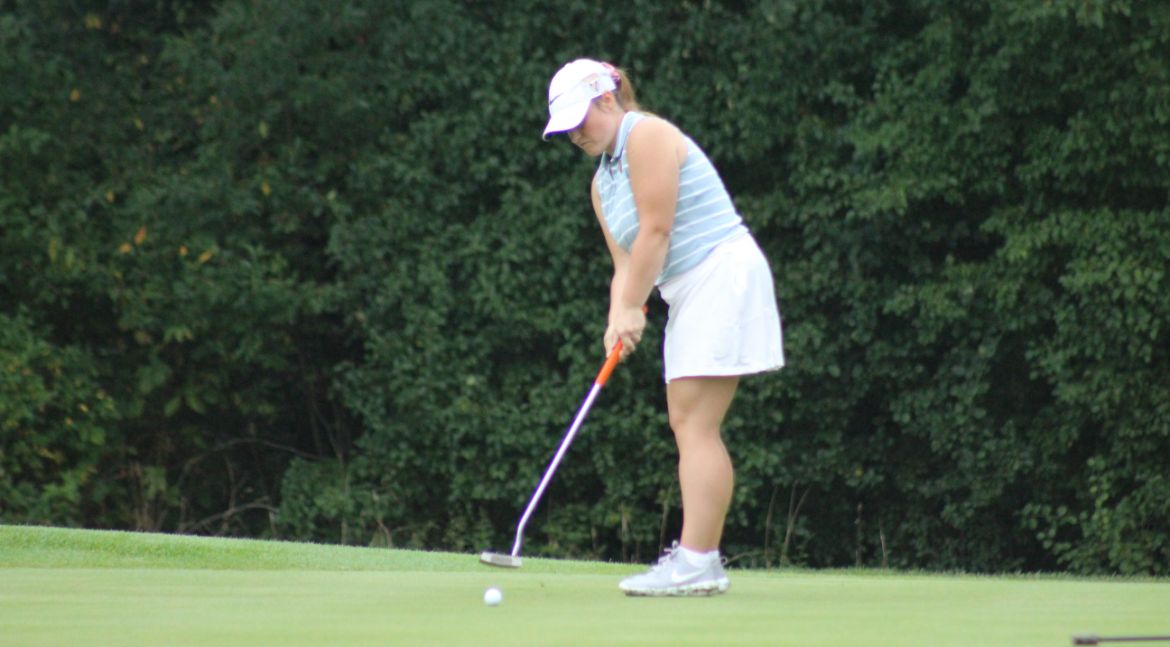 Tiffany Curtis enjoyed a Top 5 finish in the final tournament of the fall season.

The Valparaiso University women’s golf team rounded out its fall season on Tuesday, competing in the Braun Intercollegiate hosted by Evansville at Oak Meadow Country Club. After inclement weather hit the area on Monday, the event was shortened to one 18-hole round. A pair of Valpo players finished in the Top 10 on the individual leaderboard.

“Tiffany played very well today. She hit her last shot from 60 yards in the hole to round out a solid round. Payton also played well today. I am happy with the progress we made this season already, and I’m looking forward to the strides we can make in the spring.”

With the fall season in the books, Valpo will begin preparation for the spring campaign. The team’s next tournament will be the Motor City Invite, which begins on Sunday, Feb. 9 at Mission Inn Resort & Club in Howey-in-the-Hills, Fla.