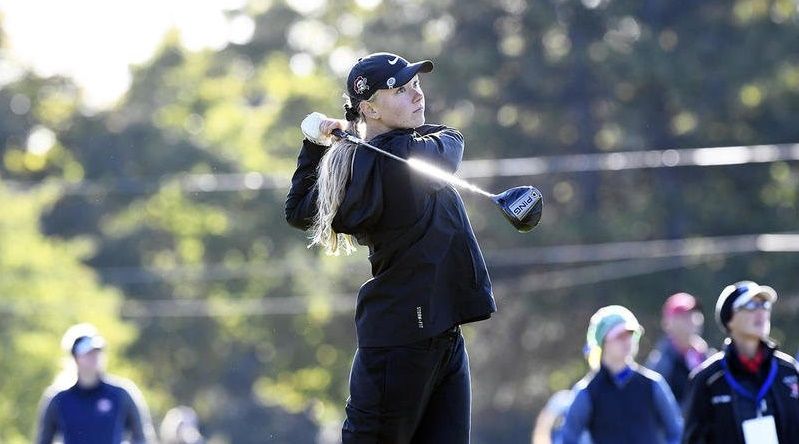 “I’ve been watching Carly closely throughout her fall season and it’s clear that she’s a strong, consistent player,” Valpo head coach Jill McCoy said. “We’re looking for consistency as we continue to build the program. She has a very level head on her shoulders and is able to overcome obstacles on the golf course. She has a strong mental game, so I look forward to seeing how she puts that to use over the next four years.”

“The quality engineering program at Valpo was a big factor in my decision as I want to study civil engineering,” Schiene said. “Coach McCoy was also a deciding factor. The chance to be part of a Division-I program was very appealing to me. I believe I’ll be able to use the resources that come with being part of a Division-I program to enhance my game.”

A member of National Honor Society, Schiene has served as her school’s FFA (Future Farmers of America) President for three years. She has also been a member of Read for a Lifetime during all four years of high school.

A high honor roll student, Schiene is a member of her school’s badminton team and was awarded the scholar-athlete award for badminton.

Schiene’s father Marty Schiene is the head men’s golf coach at DePaul and previously coached at Loyola and Chicago State. He was a member of the PGA Tour in 1993 after earning All-America honors during his standout collegiate career at the University of Illinois.

“Carly comes from a family that is very rich in golf,” McCoy said. “She’s also a very good leader. In the future, she could make a very good team captain. We can’t wait to have Carly join our program next season.”