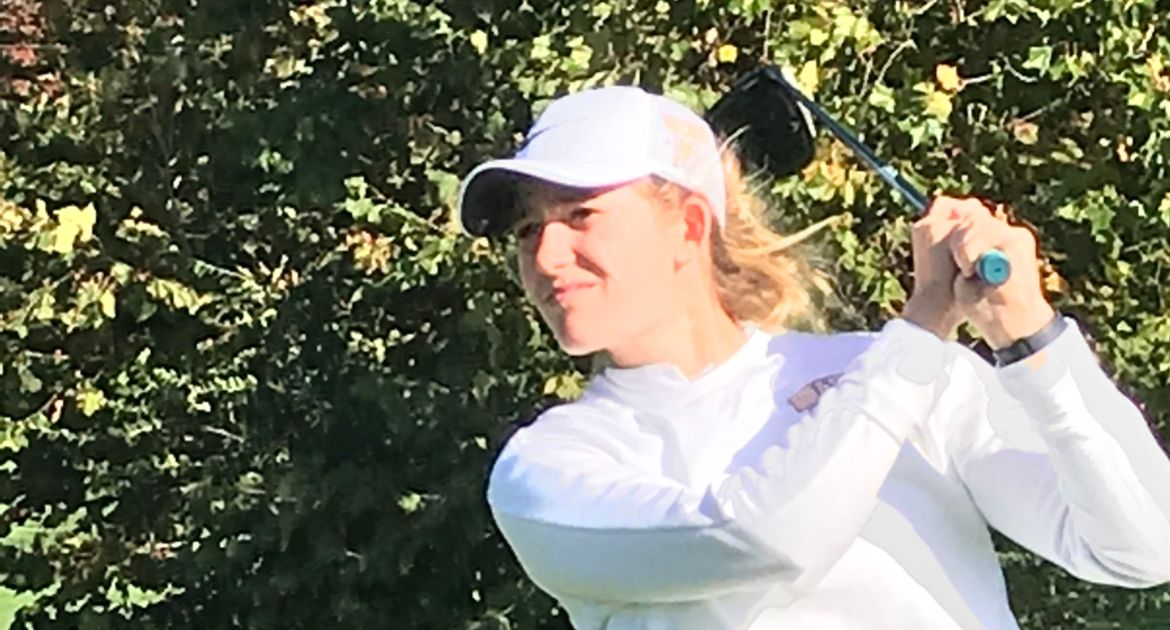 Freshman Cailey Rooker had two wins and a tie this week in match play.

The Valparaiso University women’s golf team closed out a successful week of competition by defeating host Oakland in match play on Monday at the Motor City Cup at Mission Inn Resort & Club in Howey-in-the-Hills, Fla. Valpo put together a strong showing throughout the event, winning two of its three matches to take third in the eight-team field. The Brown & Gold bested the Golden Grizzlies 4.0-2.0 in Monday’s third-place match.

“It was a good week for our team. I was a little nervous today, but Payton, Cailey and Maddison all came from behind to win their matches. I’m very proud of the girls and how hard they have worked. I’m hoping we can keep the hard work going and continue this great momentum through the rest of the season.”

Valpo will next be in action on Monday, March 9 to begin the Benbow Collegiate Tournament in Jacksonville Beach, Fla.