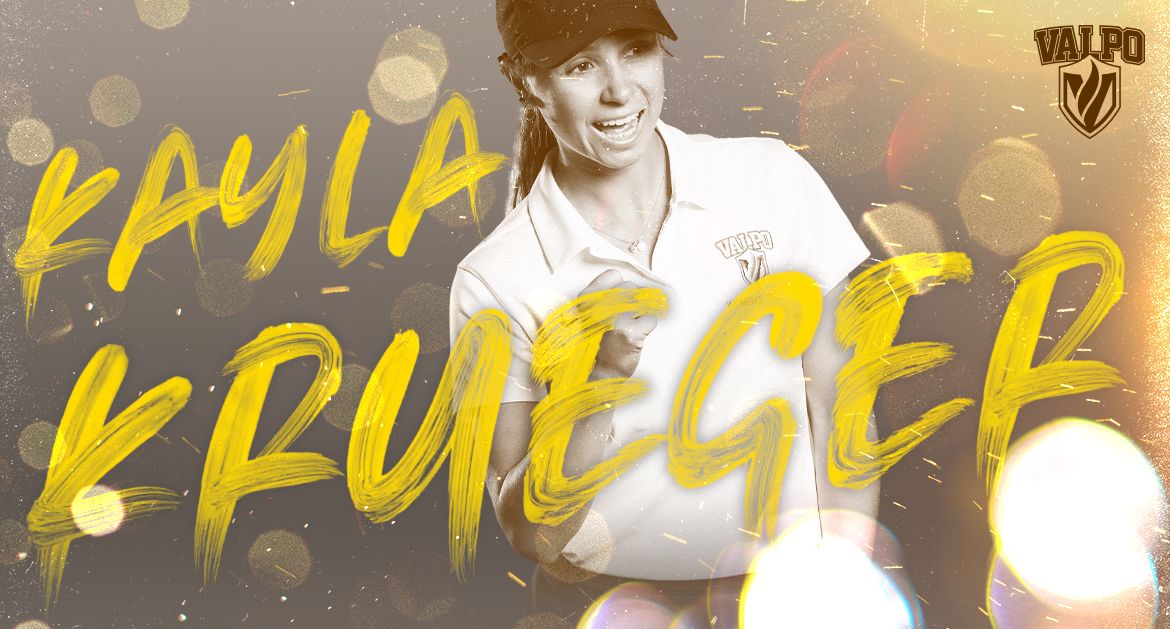 Valparaiso University senior Kayla Krueger (Spring Lake, Mich. / Spring Lake) was recognized by the Missouri Valley Conference following the spring season for her success both on the course and in the classroom as she received MVC Scholar-Athlete Honorable Mention.

Krueger started the season by setting the program record for 54-hole score in relation to par with a +9 at the Loyola Fall Invitational (Sept. 16-17), finishing third in a 53-player field. Her performance at Loyola included a +2 in Round 2, her season low and the best round in relation to par by a Valpo player in 2019-20. She also led the team with a 242 at the MVC Fall Preview (Sept. 24), and had another memorable outing at the APSU Intercollegiate (Sept. 30-Oct. 1), when she turned in a 230 (77-75-78, +14) to secure a top-10 finish and pace the squad. That score tied for seventh in program history in 54-hole tournament low and ranked fifth all-time in relation to par.

Krueger enjoyed her third top-10 finish in her sixth and ultimately final event of the season on March 9-10 at the Benbow Intercollegiate, tying for 10th with a 36-hole score of 154 (+12). Her success extends to the classroom, where she owns a 3.60 grade point average in nursing.