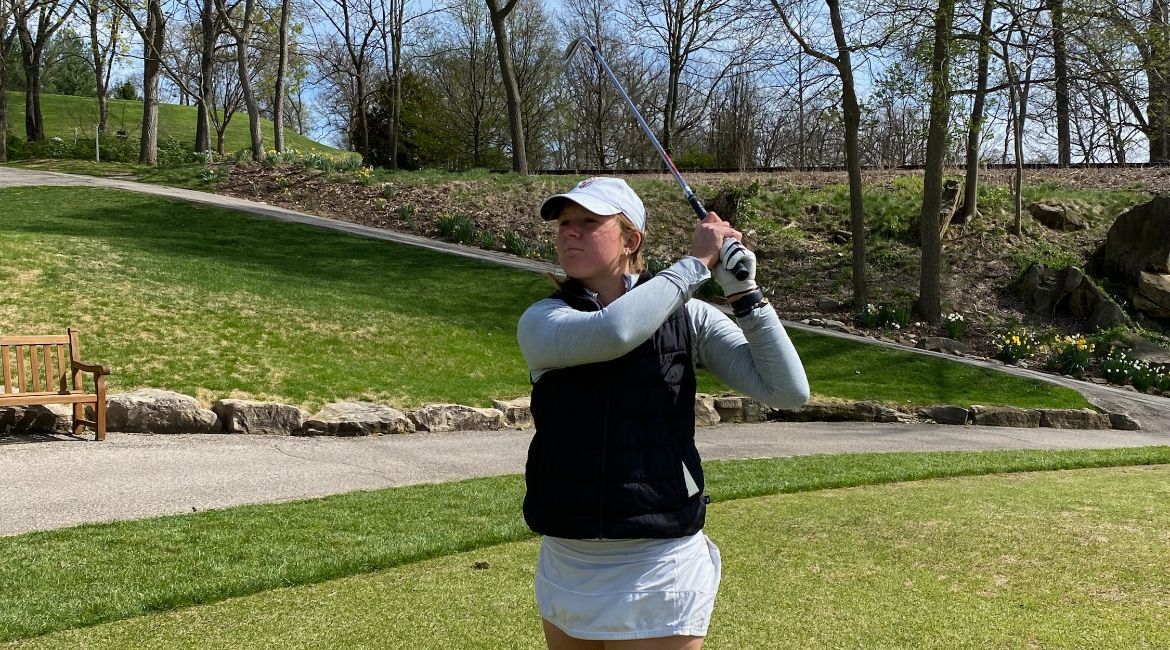 Anna Fay had the team's best score on Monday.

The Valparaiso University women’s golf team was led by freshman Anna Fay (Ada, Mich. / Forest Hills), who posted the team’s top 18-hole score on Monday at the Missouri Valley Conference Championship. The team competed in the middle round of the three-round event at the par-71, 5830-yard Greenbriar Hills Country Club course in Kirkwood, Mo.

The Missouri Valley Conference Championship will conclude with the third and final round on Tuesday at Greenbriar Hills Country Club in Kirkwood, Mo. A link to live scoring via GolfStat is available on ValpoAthletics.com.