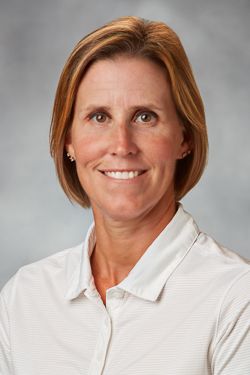 Jill McCoy completed her fourth season at the helm of the Valpo women’s golf program in 2021-2022.

McCoy led the team to a program-record 54-hole team score of 931 at the Redbird Invitational on Sept. 5-6. The team finished that event at +67, breaking the program’s previous 54-hole score in relation to par record by 10 strokes. The top two 54-hole scores in program history came during the 2021-2022 season, as she led the team to a 932 at the Butler Fall Invitational on Oct. 4-5. The team’s Butler Fall Invitational performance in relation to par of +92 ranks eighth in program history.