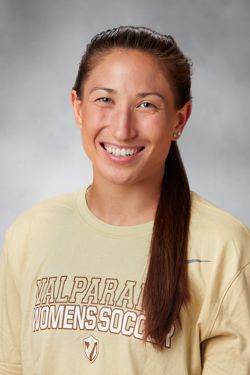 Sandra Yu joined the Valparaiso University women's soccer program as an assistant coach in the summer of 2019 and enters her second season as an assistant coach in 2020. Yu brings a myriad of high-level playing experience to the Valpo program, as she was a first-round National Women’s Soccer League draft pick, a collegiate All-American and a member of the United States youth national system.

Yu came to Valpo after most recently coaching with Ambassadors Football Club in Cleveland, where she provided private and small group training sessions for youth players and also oversaw four college-aged teams in the summer of 2019. She also brings experience working Notre Dame summer camps during her time as a player for the Fighting Irish.

Yu earned her bachelor's degree in science business from the University of Notre Dame in 2017, and went on to earn a master's of science in management in 2018.