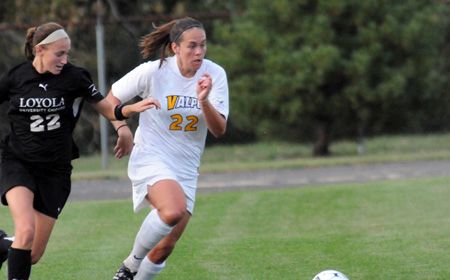 Co-captain Brooke Henderson and the Crusaders are off and running for the new season. (Ray Acevedo)

The Brown and Gold is set to begin preseason camp prior to playing a pair of exhibition matches on Aug. 12 at Western Michigan and at home against Kent State on Aug. 14.  The regular season will open on Aug. 19 at Brown Field as the Crusaders host Morehead State in a 7:30 p.m. contest.