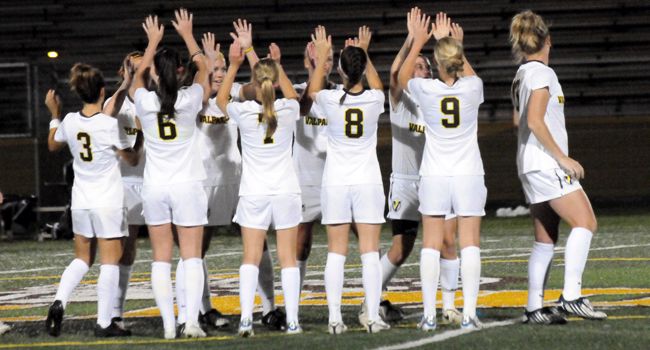 The women's soccer team was honored for their work in the classroom. (Ray Acevedo)

Valparaiso University’s women’s soccer team has been named a recipient of the NSCAA Team Academic Award from the National Soccer Coaches Association of America.

The award, given annually to schools with a composite grade point average of 3.00 for the academic year, included both fall and spring semesters of a given year.  Thus the award this year is for the 2010-2011 academic year.

This marks the ninth straight year the Crusaders have earned the honor in women’s soccer.

“I’m extremely proud of the team not only for their outstanding season on the field, but also for their dedication and commitment to excellence in the classroom,” head coach John Marovich said.  “It’s not only a testament to our kids, but also our professors.  As I hear the players talk about their academic experience, they are constantly talking about the quality of their professors.”