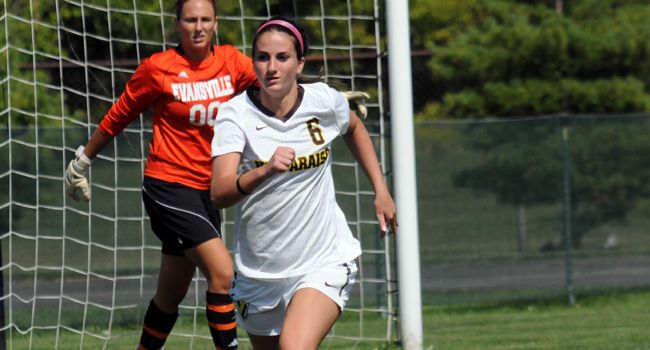 The junior midfielder led the Crusaders in scoring this season with 15 points on six goals and three assists and tallied three match-winning goals.  A Second Team All-Horizon League selection, Hoaglin is tied for fifth in school history with 36 career points and ranks sixth with 14 career goals.

A sports management and marketing double major, Hoaglin carries a 3.73 cumulative grade point average.  Earlier in the month of January she was named to the National Soccer Coaches Association of America All-Central region Third Team as well.

To be eligible for Academic All-Horizon League consideration, the student-athlete must have at least a 3.20 cumulative grade point average and have completed at least one year at the member institution, having earned 24 semester hours or 36 quarter hours.