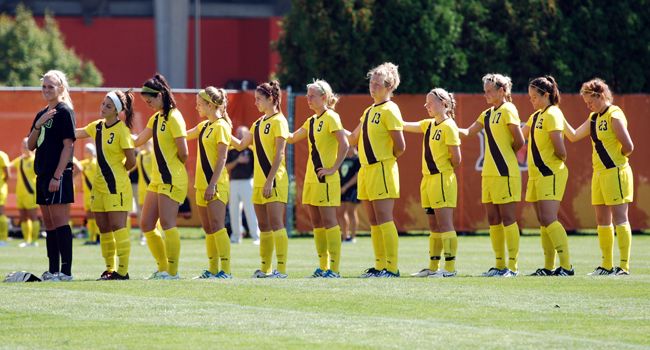 Five home matches during the first four weeks of the season and a trip to California mark the highlights of the 2012 Valparaiso University women’s soccer schedule which has been announced by head coach John Marovich.

The Crusaders will open the season under the lights against IUPUI at Brown Field on Aug. 17 as part of a three-match homestand to open the season.  Valpo will also entertain Towson and Kent State before taking to the road for the first time.

Valpo will travel to Chicago, Ill. to face DePaul and also have a road match at Big Ten foe Iowa before returning home to battle a pair of Mid-American Conference foes in Western Michigan and Bowling Green.

A trip to IPFW precedes the Crusaders’ trip to California where the Brown and Gold will take on San Francisco and Saint Mary’s (Calif.).

The eight-match Horizon League slate begins on Sept. 28 with a match at Cleveland State before Valpo returns home to face Milwaukee and Detroit.  A trip to Butler and Wright State will take place prior to the final homestand of the year when Loyola (Chicago) and Youngstown State visit Eastgate Field.  The Youngstown State match on Oct. 20 will conclude the home slate while the Crusaders head to Green Bay one week later to close out the regular season.

The top six teams will qualify for the Horizon League Championships which will take place Oct. 30 through Nov. 4 at campus sites.

Valpo will also play a pair of exhibition contests prior to the start of the season at home against Northern Illinois (Aug. 8) and at Oakland (Aug. 11).