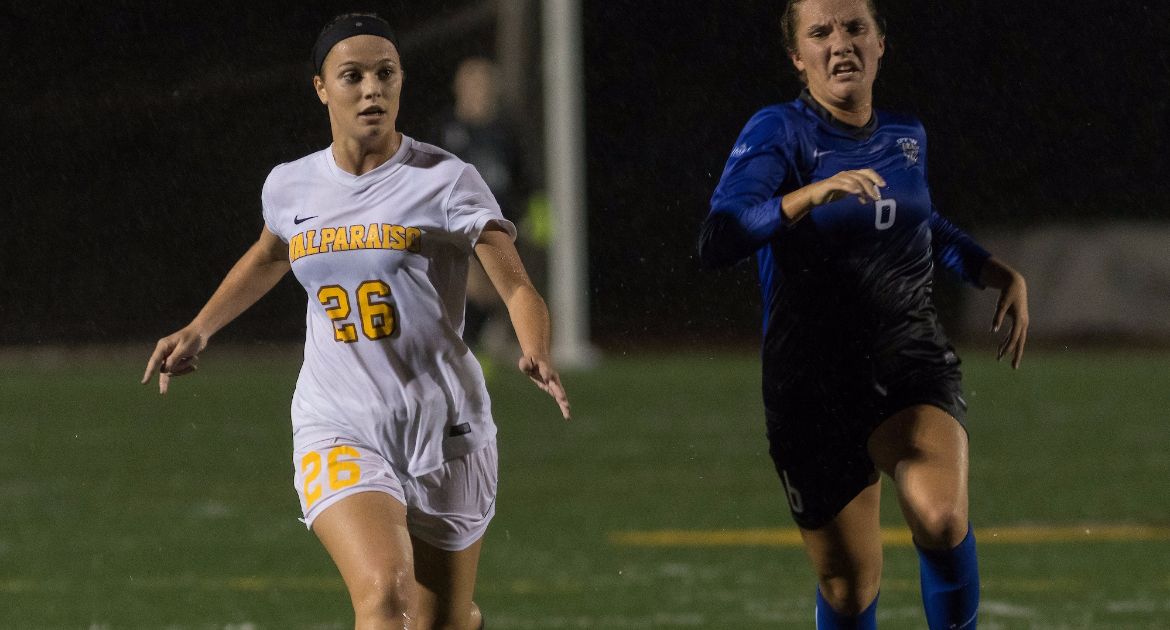 The Valparaiso University women’s soccer team claimed a 2-0 lead in the first round of the Horizon League Championship Monday night in Rochester Hills, Mich. thanks to goals with three minutes of either side of halftime from freshman Maria Broecker (Rochester Hills, Mich./Rochester), but Oakland rallied with three second-half goals to send the Crusaders to a 3-2 defeat.

“It was a night of tremendous emotional swings. Maria did a great job of coming in off the bench and giving us fresh legs – scoring right before the half and then again right after halftime. Cory hit a ball off the crossbar, which could have really changed the match, but instead we conceded a goal shortly after. These emotional swings take a toll on all the players.”

“Oakland really pushed players forward late to get the equalizer and we struggled to get solid clearance out of our defensive end. Unfortunately, the last nine minutes didn’t end the way we would have hoped, but it will be the fuel as we move forward.”

“It’s a very difficult night to say goodbye to our seniors who have given so much to our program, and I hurt greatly with them. I’m so proud of this group for how they continued to fight, and our locker room tonight just shows how great it is to be a part of the Valpo WSO family.”