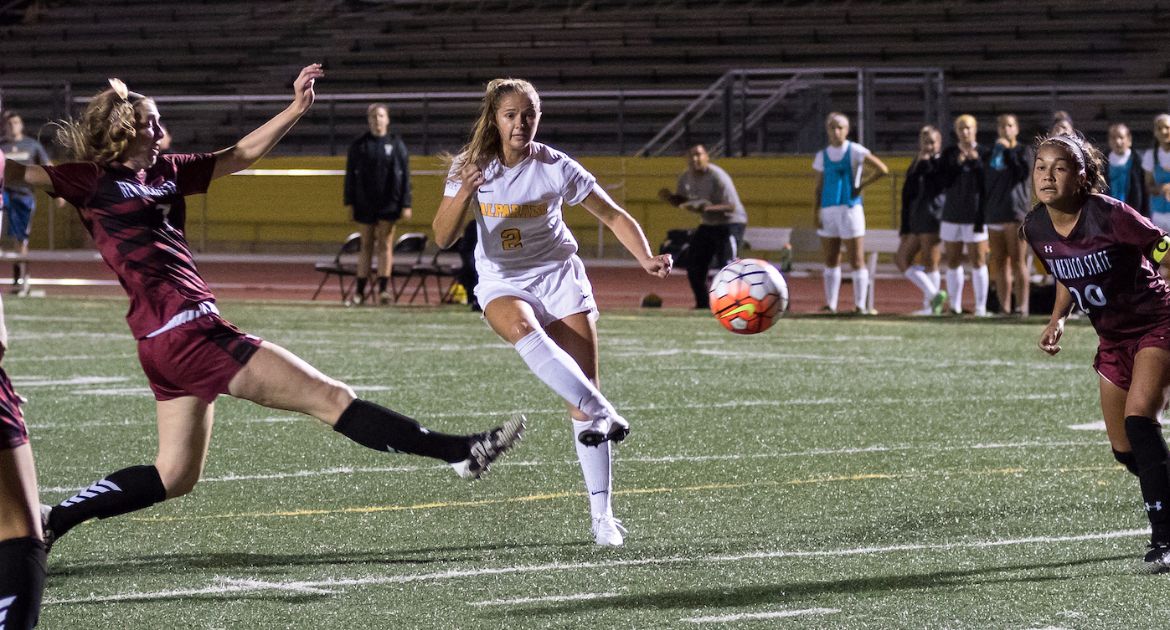 Taking to the pitch for the first time in competitive action on Sunday afternoon in Morehead, Ky., the Valparaiso University women’s soccer team put together a strong showing, taking down Morehead State by a 4-1 final in the Crusaders’ lone exhibition match. Valpo opens the regular season Friday night at Brown Field.

The Crusaders claimed a lead they would not relinquish leading up to the halfway mark of the first half, as junior Cory Griffith (Lemont, Ill./Providence Catholic) and sophomore Tahelah Noel (Buffalo, N.Y./Christian Central Academy) scored goals less than four minutes apart to put Valpo up 2-0 inside of 21 minutes.

“I think today was a great way for us to put together what we've been working on in training throughout camp. It was really fun to see our group's development come to fruition on the field. We had a lot of positives in the attacking third.”

“Cory and T’s goals were two really good finishes. We had a good run of it in the first 20 minutes, and got payoff for our work in that time.”

“Overall, it was a solid performance on the day from the entire group – we got a lot of looks from a lot of different players. Our defending got a little sloppy near the end of the game, but Kez made three really nice saves in goal – it was a good way for her to get started. Keegan had a really nice start as well, playing a lot of minutes. Today was a great way for us to put preseason behind us, and now we focus on getting ready to start the season Friday.”

Valpo opens the regular season on Friday evening at Brown Field against Grace at 7:30 p.m., the first of two home matches on opening weekend for the Crusaders. Live stats will be available for the season opener via ValpoAthletics.com.