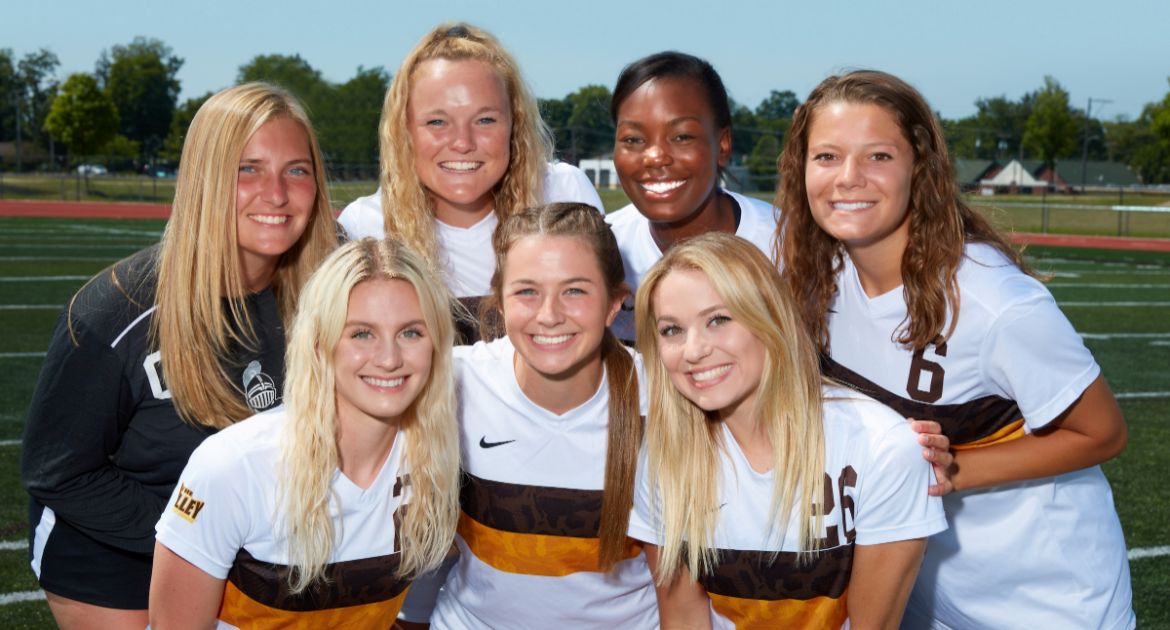 This Week in Valpo Soccer: The Valpo women’s soccer team starts to wrap up non-conference play this weekend with a pair of matches. Valpo closes its three-match road swing Friday evening at Purdue Fort Wayne before returning home to Brown Field on Sunday afternoon to host IUPUI. The matchup against the Jaguars will serve as the program’s Senior Day.

Previously: Valpo dropped a pair of 1-0 matches last weekend in western New York, falling at St. Bonaventure and at Canisius, the latter on a goal in the 110th minute.

Looking Ahead: Valpo’s final set of non-conference fixtures come next weekend, with a home matchup against Colorado State on Friday, Sept. 20 and a road contest at UIC on Sunday, Sept. 22.

Following the Brown and Gold: Sunday’s showdown with IUPUI will be broadcast live on ESPN3. In all, seven of Valpo’s eight home matches this year will be broadcast on The Valley on ESPN. Live stats will be available as well for both matches, with links for all the live coverage available via ValpoAthletics.com.

Head Coach John Marovich: In his 12th season at the helm of the Brown and Gold, John Marovich holds a 96-85-31 (.526) record both overall and at Valpo as a head coach. The 2014 Horizon League Coach of the Year, Marovich holds Valpo’s all-time records for both victories and winning percentage.

Series Notes: Purdue Fort Wayne - The Mastodons are Valpo’s most-common all-time opponent with whom it has never shared conference affiliations, as the two sides have met 17 times - matching up every season since 2001, with the exception of 2015. Valpo owns a 13-3-1 advantage in the series, and had won 10 straight meetings before Purdue Fort Wayne claimed last year’s matchup on Brown Field by a 2-1 final.

IUPUI - The Jaguars and Valpo will be meeting Sunday for the 21st time, making IUPUI the third most-common opponent in program history. The former Mid-Con rivals have met every season since 1998, with the exception of 2015. Valpo leads the all-time series, 12-4-4, and has earned results in 12 of the last 13 meetings (9-1-3). Last season, Valpo earned a 2-1 win in Indianapolis.

Scouting the Opposition: Purdue Fort Wayne - The Mastodons enter Friday’s match with a 2-1-2 record this year and have not lost in their last four, surrendering just two goals over that stretch. Five different Purdue Fort Wayne players have accounted for the team’s five goals this year, while Lorah Pund has played every minute in goal and owns a 0.73 GAA.

IUPUI - The Jaguars come into the weekend at 3-2-1 this season and will host Belmont on Friday before journeying up I-65 for Sunday afternoon’s fixture. Valentine Pursey and Maya Lacognato both have scored two of IUPUI’s six goals, while Sophia Lipka and AP Woodall have split time at goalkeeper for the Jaguars - Woodall surrendering just one goal in 290 minutes of play heading into the weekend.

Taking on In-State Foes: Valpo has enjoyed nice success against fellow Indiana institutions over a span of nearly two decades. Dating back to 2003, Valpo owns a record at or above .500 against Indiana schools in all but one season - the 2015 campaign, in which the Crusaders went just 0-1-0, facing only Notre Dame. In that time frame, Valpo owns a 38-17-8 (.667) record against Indiana schools. Last season, Valpo went 2-2-0 versus Indiana schools, beating IUPUI and Indiana State and falling to Purdue Fort Wayne and Evansville.

The Youth in the Side: Valpo has featured an extremely young side through the first six matches of the season, starting with the season opener, where the Brown and Gold featured five freshmen in the starting XI. Five freshmen starters marked the most for a Valpo women’s soccer team in a season opener since at least 1998. To date, Valpo has started at least five freshmen and at least seven total underclassmen in each match. The youngest starting XI to date came in last Friday’s contest at St. Bonaventure, when Valpo started six freshmen and three sophomores.

Henkel Strong in Goal: One of those freshmen has been the backstop of the Valpo defense, as rookie Georgia Henkel has started five of the first six matches of the season. Henkel, while still looking for her first victory, has kept the opposition from filling the back of the net, posting a 1.15 GAA to date, good for second in The Valley. Henkel’s .769 save percentage also ranks third among MVC goalkeepers. Henkel has surrendered just one goal in four of her five starts.

Freshmen Finding the Net: Both of Valpo’s goals in the draw with Wright State were scored by rookies. Freshman Nicole Norfolk headed home a corner kick in the first half, with the assist on her goal coming from fellow freshman Natalie Graf. Then, in the second half, freshman Kiley Dugan drilled a 30-yard bomb for Valpo’s second goal.