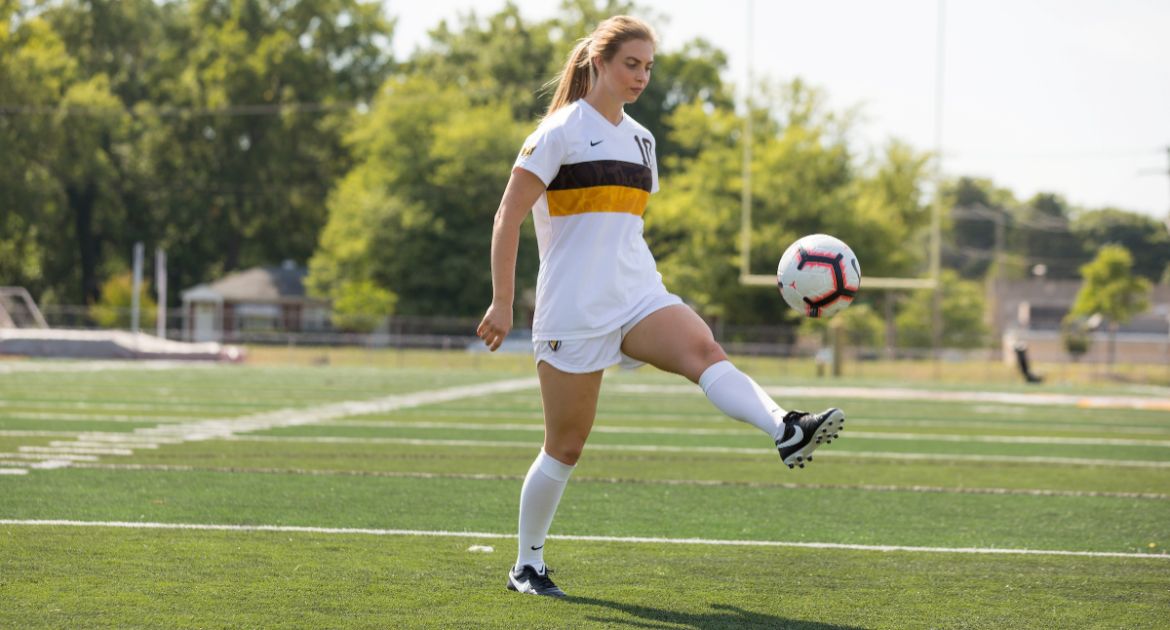 This Week in Valpo Soccer: The Valpo women’s soccer team opens up Missouri Valley Conference play this weekend as it makes the longest trip within conference play, trekking to Springfield, Mo. to face a Missouri State team which enters MVC action with the conference’s best record.

Previously: Valpo dropped its final two non-conference matches of the year, falling 3-0 to Colorado State last Friday and 3-0 at UIC in a rescheduled match on Monday.

Looking Ahead: A stretch of three consecutive matches away from home comes to a close next Saturday, Oct. 5, as Valpo plays at Indiana State.

Following the Brown and Gold: Four of Valpo’s seven MVC matches will be broadcast live on The Valley on ESPN, including Saturday’s match at Missouri State, which will be carried on ESPN3. Live stats will be available as well, with links for all the live coverage available via ValpoAthletics.com.

Head Coach John Marovich: In his 12th season at the helm of the Brown and Gold, John Marovich holds a 96-89-31 (.516) record both overall and at Valpo as a head coach. The 2014 Horizon League Coach of the Year, Marovich holds Valpo’s all-time records for both victories and winning percentage.

Series Notes: Valpo and Missouri State will be meeting for the sixth time in program history on Saturday afternoon. The Bears are 3-1-1 all-time against Valpo, but all three of those victories came in Valpo’s two-year stint as an associate member of the MVC for women’s soccer in the late 1990s. Since Valpo joined the MVC full-time prior to the 2017 campaign, the Brown and Gold have earned results in both matches - a 1-0 win in Springfield in 2017, and a 1-1 draw on Brown Field last season. Ava Porlier had a 23rd minute goal to account for Valpo’s tally in last year’s matchup, while Kezia Gesell made six saves in goal.

Scouting the Opposition: Missouri State enters the MVC opener with a conference-best 6-2-1 record this season. The Bears have scored an incredible 14 goals on just 27 shots on goal through their first nine matches, led by a trio of goals from Unnur Bergsdottir. Eight different MSU players have found the back of the net so far this year. On the defensive side of the ball, the Bears have surrendered just seven goals and have given up one goal or fewer in each of their last seven fixtures. Kaitlin Maxwell has played every second in goal and owns a 0.76 GAA and a .851 save percentage.

Success In Conference Openers: While last year’s squad dropped its MVC opener in extra time to Drake by a 1-0 final, Valpo has enjoyed success to open conference play in recent history. Over the last eight seasons, the Crusaders own a 5-2-1 record in their first conference match of the season. Included among those five victories is a 1-0 win at Missouri State to open the 2017 MVC slate.

Weather Finally Hits: Valpo had made it eight matches into the season before having weather affect one of its fixtures, but Mother Nature finally reared her head at the end of non-conference play. The match at UIC was originally slated for Sunday night, but was pushed back to Monday night due to an inclement forecast. It was the first time since October 7-8 of last season that a match had been affected by weather - ironically, that time was also a Sunday match getting postponed until Monday, at Illinois State.

Freshmen Finding the Net: All three of Valpo’s goals so far this season have been scored by rookies. Freshman Nicole Norfolk headed home a corner kick in the first half against Wright State, with the assist on her goal coming from fellow freshman Natalie Graf. Then, in the second half against the Raiders, freshman Kiley Dugan drilled a 30-yard bomb for Valpo’s second goal. Most recently, Graf tallied her first career goal to open the scoring versus IUPUI.

Big Contribution From the Rookies: The freshmen being responsible for all the goals to date likely won’t keep up, but if the rookies end up accounting for over half of Valpo’s goals this year, it will be just the third time in the last two decades freshmen have scored at least 50% of the team’s goals - all of which have come a decade apart. The 2009 team had freshmen tally 15 of the 28 goals, led by Rachel Hoaglin’s seven and Luisa Desario’s six. Meanwhile, the 1999 team got 12 of its 20 goals from freshmen, led by six from Lori Moore. With three goals already this season, this year’s rookie class has already surpassed the program’s total from freshmen the last two years combined.

The Youth in the Side: Valpo has featured an extremely young side through the first 10 matches of the season, starting with the season opener, where the Brown and Gold featured five freshmen in the starting XI. Five freshmen starters marked the most for a Valpo women’s soccer team in a season opener since at least 1998. To date, Valpo has started at least four freshmen and at least six total underclassmen in each match, with most matches featuring at least five rookies and seven underclassmen. The youngest starting XI to date came in the fixture at St. Bonaventure, when Valpo started six freshmen and three sophomores.