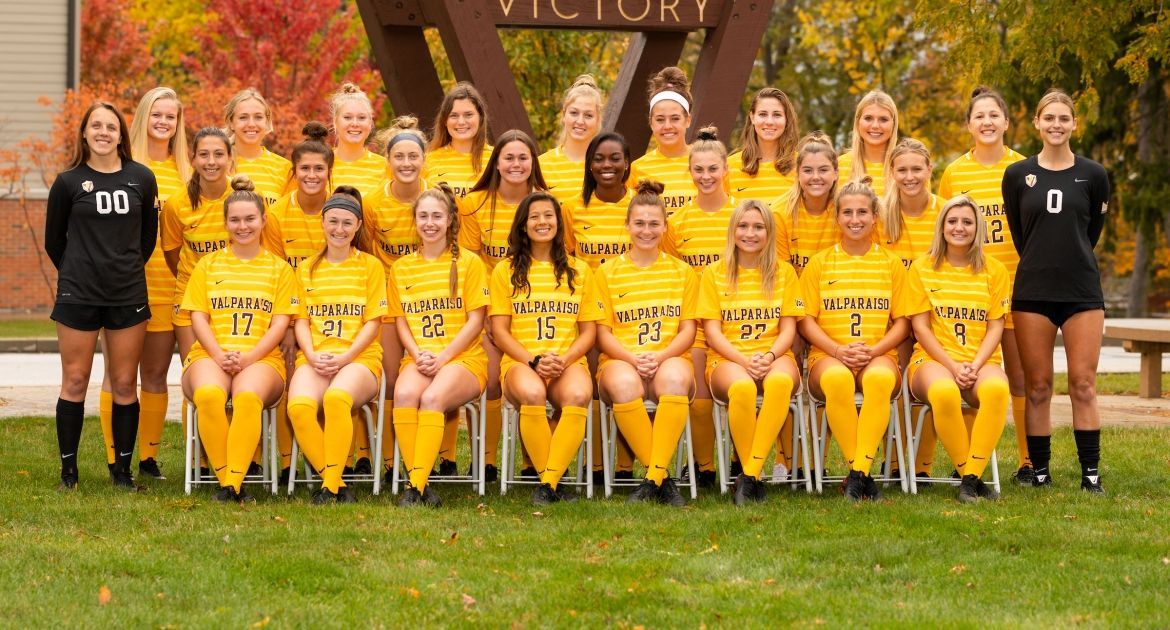 Kicking Off the Season: 463 days after falling in the 2019 MVC Tournament, the Valpo women’s soccer team finally returns to competition this spring. Valpo will open the 28th season in program history by playing a trio of non-conference matches leading up to the start of the spring 2021 MVC schedule, facing Chicago State (Feb. 10) and DePaul (Feb. 22) at the Sparta Dome in Crown Point and taking on UNI in a non-conference matchup at the Indoor Sports Center in Rockford, Ill.

Following the Brown and Gold: Live stats only will be available for the three non-conference matches. MVC matches hosted at Brown Field are slated to be broadcast either on ESPN3 or ESPN+, while some road matches will be broadcast as well.

Head Coach John Marovich: In his 13th season at the helm of the Brown and Gold, John Marovich holds a 98-95-31 (.507) record both overall and at Valpo as a head coach. The 2014 Horizon League Coach of the Year, Marovich holds Valpo’s all-time records for both victories and winning percentage.

Series Notes: Chicago State - This marks just the second meeting all-time for Valpo with the Cougars, as the Brown and Gold earned a 5-1 victory on Brown Field in September 2017. Current team members Keegan Maris and Tahelah Noel earned starting assignments in that match, with Maris registering a pair of assists.

UNI - Valpo owns a slight 4-3-0 advantage in the all-time series over the Panthers, most recently earning a 3-0 win in last season’s regular season finale. Lauren Torhorst notched a brace in that match and Natalie Graf found the back of the net as well, while Cierra Welch picked up two assists. The matchup on the 17th will be the first between the two sides at a neutral site.

DePaul - The Blue Demons own a 5-3-0 lead in the all-time series, but the two sides have not matched up on the pitch since 2013, when Valpo earned a 1-0 home win over DePaul. The series consisted of six matchups in a seven-year span between 1996 and 2002 before going dormant for a decade and then picking back up briefly for a home-and-home in 2012 and 2013.

A New Home Site: Playing as a spring sport brings extra challenges, one of which is figuring out how to get matches in during the month of February with winter weather. Valpo is slated to play each of its first three matches indoors, the first indoor regular season matches in program history. Two of those matches will be hosted by Valpo at Sparta Dome in Crown Point, just the fourth home site in program history. Valpo last played at a home site other than Brown Field on Oct. 30, 2012 in its final match at Eastgate Field, while its only home match all-time anywhere other than Brown Field or Eastgate Field came on Oct. 28, 2004, when it hosted Oral Roberts at Viking Field.

Starting Streaks: Dugan and Norfolk both enter the spring 2021 campaign having started 18 straight matches for Valpo, two of three returnees who started all 18 matches last year. Junior Morgen Metzger was a fixture in the 2019 starting XI as well in all 18 matches.

Iron Women: Norfolk is one of three returnees to this year’s squad who played every minute of at least 10 matches in 2019, but of course, the sophomore stands alone as she never came off the pitch over the duration of her freshman season, playing all 1,659 minutes. Metzger went the distance in 16 of Valpo’s 18 matches in 2019, including each of the last 10 contests, while sophomore Natalie Graf played the entirety of 12 matches during her rookie season.