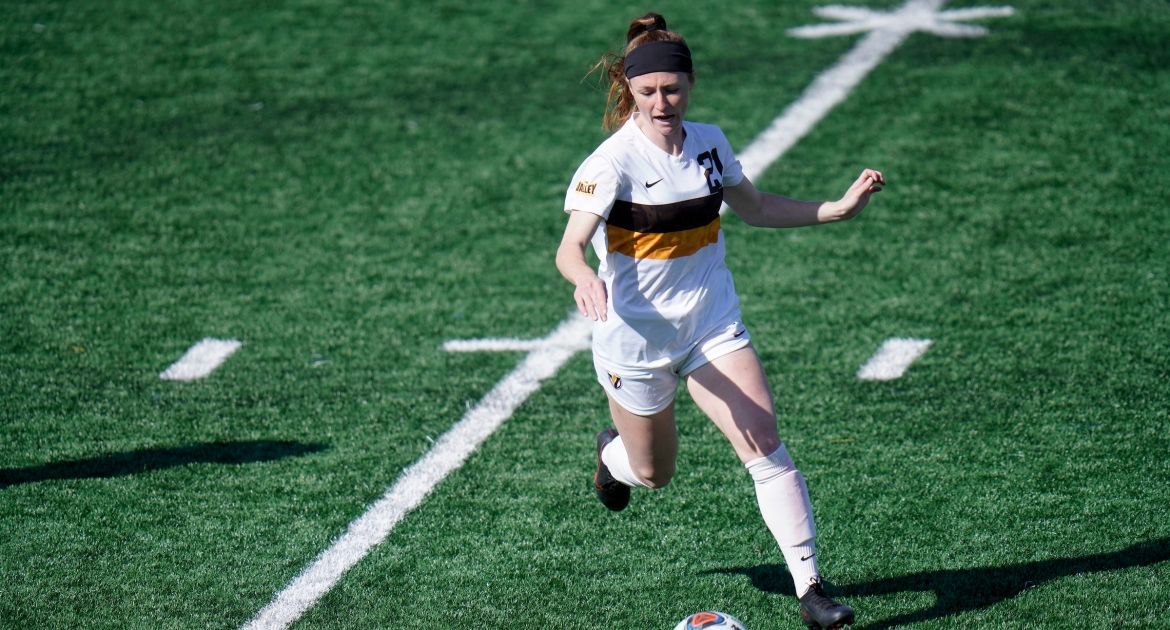 A pair of Valpo soccer players were honored Thursday for their work both in competition and in the classroom, as senior Keegan Maris (Batavia, Ill./Batavia) and sophomore Nicole Norfolk (Menomonee Falls, Wis./Divine Savior Holy Angels) earned spots on the Missouri Valley Conference Scholar-Athlete First Team.

On the field, Maris played every minute at left back this year for Valpo as it finished third in the regular season and advanced to the MVC Championship title match. A First Team All-Conference honoree, she was part of a defensive unit which surrendered just eight goals in 14 matches and posted seven shutouts. Maris also contributed on the offensive end with an assist in Valpo’s key victory over Missouri State late in the regular season.

In the classroom, Maris carries a perfect 4.00 GPA as a nursing major. She was the MVC’s Elite 17 recipient for women’s soccer, presented to the student-athlete participating in the conference championship match with the highest GPA. She earned Valpo Athletics’ Dean’s Award for the College of Nursing last year as the student-athlete from the college with the best GPA. Maris received the MVC President’s Council Academic Excellence Award for the 2019-20 academic year, is a two-time MVC Commissioner’s Academic Excellence Award recipient and three-time member of the MVC Honor Roll and has earned Valpo Presidential Academic Honors each of the last two years.

Norfolk was right alongside Maris all season long at center back for Valpo, playing all 1,379 minutes in the back and limiting opponents to just eight goals over 14 matches. The sophomore has played every minute of her entire career to date, tallying 3,038 minutes played in 32 fixtures — the second-longest known streak of consecutive minutes played by a Valpo field player.

In the classroom, Norfolk owns a 3.931 GPA as a chemistry and biology double major. She received the MVC Commissioner’s Academic Excellence Award last year and was named to the MVC Honor Roll as well.