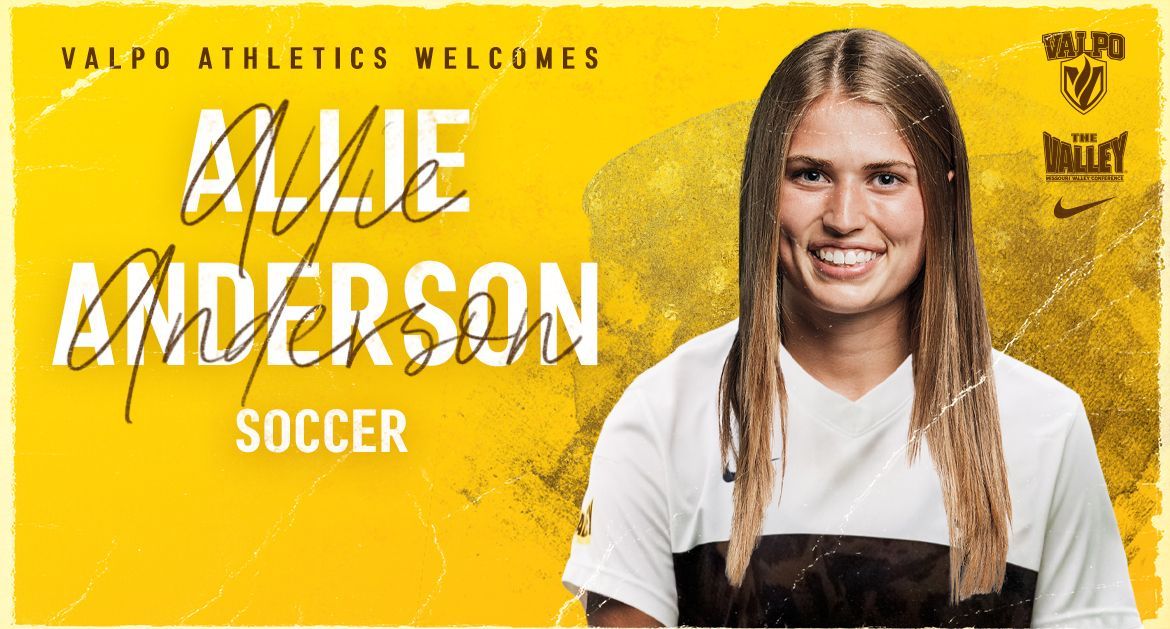 Valpo soccer head coach John Marovich announced today that Allie Anderson, a 5-8 midfielder from Wheaton, Ill., has transferred into the Valpo program and will suit up for the Brown and Gold starting this fall. Anderson comes to Valpo after playing her first two collegiate seasons at Xavier.

“We are excited that Allie has decided on Valparaiso as her next step in her collegiate career,” Marovich said. “She brings outstanding experience competing in the Big East and finding success, both within conference and in the NCAA tournament. Allie displays composure on the ball, solid vision in decision making and is a wonderful striker of the ball over distance. Her positional versatility as a defender or central midfielder will add to our program’s depth and system flexibility. Most importantly, I was impressed with Allie's character which is based on her passion for developing herself athletically, academically and striving to live above the line within our Shield Standards.”

Anderson saw action in six of Xavier’s nine matches during the spring 2021 campaign, starting on three occasions and playing a season-high 104 minutes in the Musketeers’ golden-goal win over DePaul. As a freshman in 2019, Anderson appeared in 16 fixtures with one start, playing a total of 221 minutes. She notched an assist that year on the match-winning goal in the 90th minute against DePaul.

“I chose Valpo because I'm really excited to be a part of a competitive soccer program with a family atmosphere, as well as a school that prepares me for the next steps in my goal of becoming a physical therapist,” Anderson said. “Go Valpo!!”

Anderson played her prep soccer at Wheaton Warrenville South [Ill.] H.S., where she was a four-year letterwinner. Anderson earned All-Conference and All-Sectional accolades during her time playing for the Tigers and helped South capture a regional title in 2018. She played her club soccer for Team Chicago Soccer Club.

Anderson joins a Valpo program coming off its best season since 2014, as the Brown and Gold finished third in the MVC regular season standings — its best regular season finish since joining the conference — and advanced to the MVC title match for the first time.