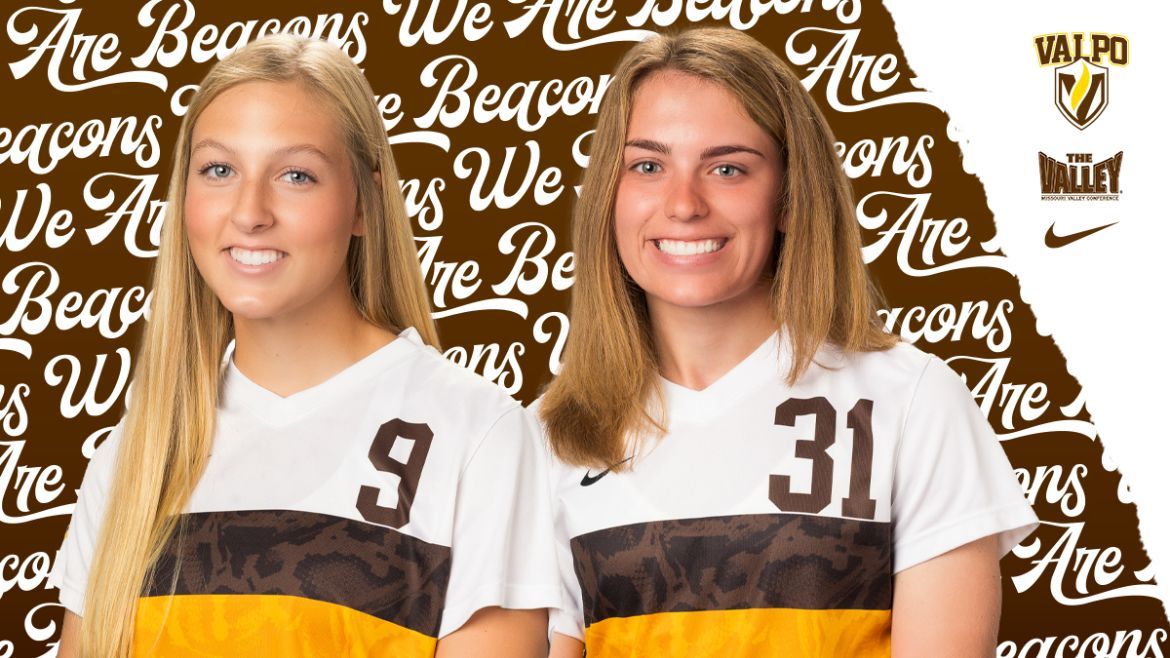 Following a 1-0-1 road trip to western Pennsylvania, the Valpo soccer team picked up a pair of pieces of hardware from the Missouri Valley Conference office on Monday. Sophomore Kelsie James (Carmel, Ind./Carmel) was tabbed the MVC Player of the Week, while freshman Abby White (Commerce Township, Mich./Walled Lake Central) earned the conference’s Freshman of the Week award.

James was in on three of Valpo's four goals last weekend. She put Valpo on top early with a 17th-minute goal Friday evening at Duquesne. Then, after the Dukes had scored two second-half goals to take the lead, James unleashed a perfectly-struck free kick from 30 yards out in the 80th minute to equalize the match and complete her first career brace. On Sunday, James delivered the assist on Valpo's match-winning goal at Robert Morris in the 74th minute to complete a five-point weekend. In six career matches against non-MVC opponents, James now owns five goals and an assist.

White made her first collegiate goal a big one on Sunday afternoon, coming all the way up from her left-back position to drill home the match-winner from close range in the 74th minute, completing the Beacons’ 2-1 come-from-behind win over Robert Morris. The rookie played 184 of a possible 200 minutes as well.