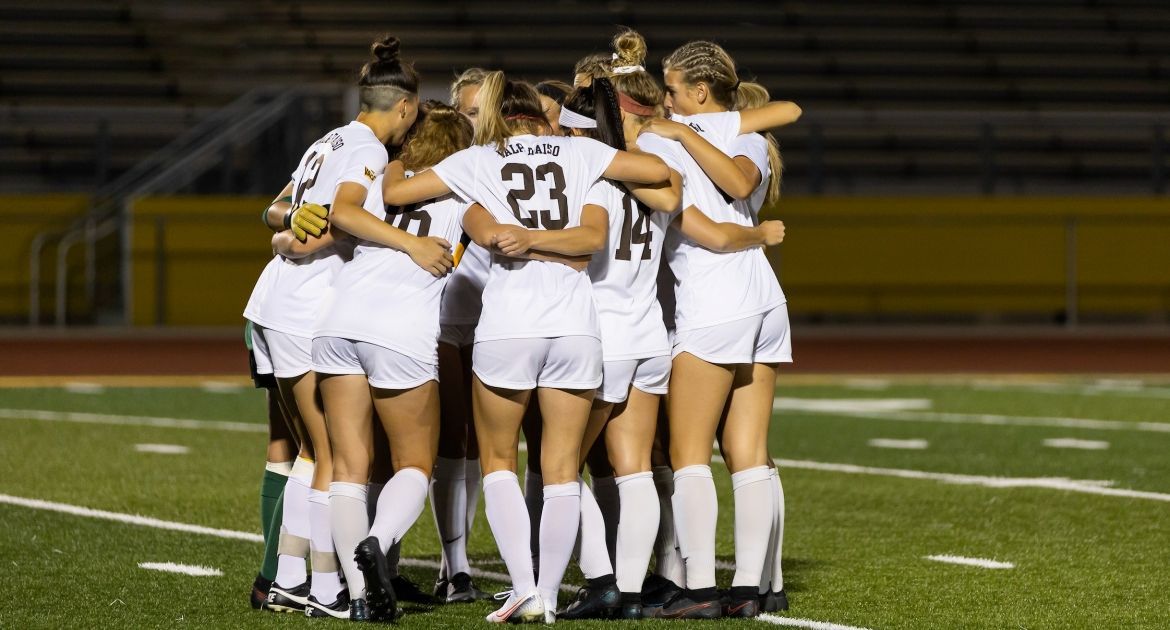 The Valpo soccer team got an immediate response following visiting Western Illinois’ second goal on Friday evening at Brown Field, scoring just 16 seconds after play resumed to make it a one-goal game, but was unable to complete the comeback as the Leathernecks earned a 2-1 victory.

“Every game you go into, you want to continue growing as a group and progressing - we have to hold ourselves accountable for results, but not be defined by the results. We want to define ourselves by how we're progressing in our process.”

Valpo (2-4-1) closes out pre-conference play on Sunday afternoon as it makes the trip to Bridgeview, Ill. to face Chicago State. Kickoff is set for 1 p.m., with live stats available via ValpoAthletics.com.