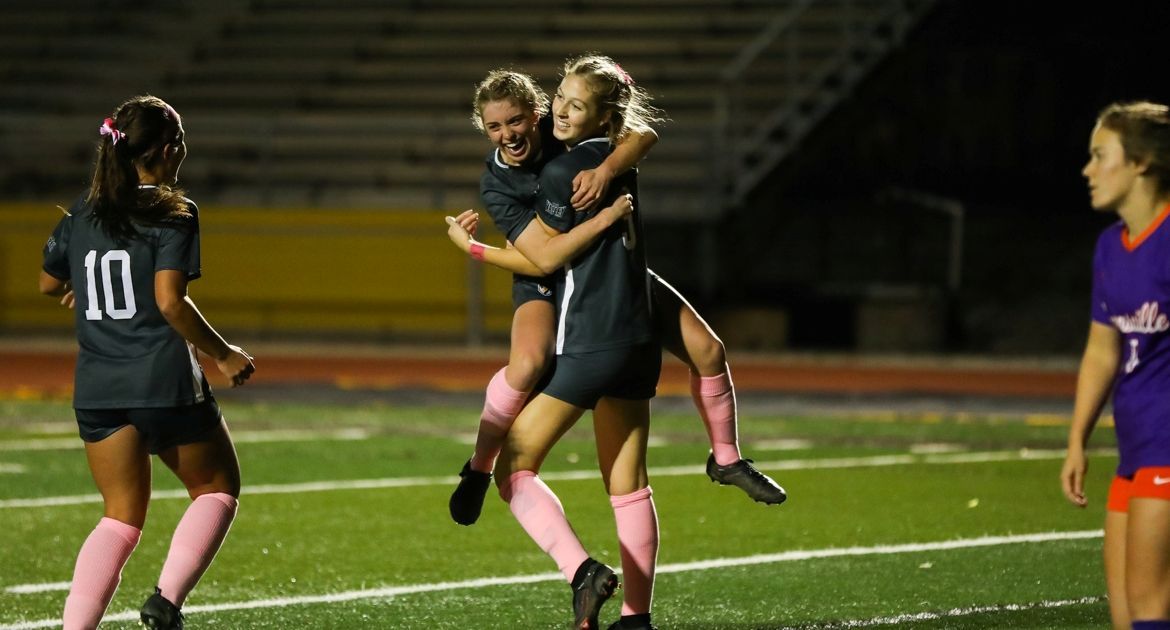 It was a victorious ending to the regular season home schedule at Brown Field Saturday night for the Valpo soccer team, as sophomore Kelsie James (Carmel, Ind./Carmel) scored a brace which held up for a 2-1 victory over visiting Evansville. The victory extended the Beacons’ unbeaten streak to nine consecutive matches and gave the team its 10th win of the season.

“I’m really pleased with the performance of our group tonight.”

“Certainly in the first 45 minutes, we progressed the ball well, built well and had really creative movement in the attacking third, some of our best ideas in that area this season. We had a lot of good combinations, and somewhat unfortunate we didn’t get a third goal because we really created some really good chances.”

“As the match progressed, we saw an Evansville side which was competing hard, fighting for a tournament berth. They really put us under a different kind of pressure in the second half. We didn't adjust as smoothly as we would like to that pressure — we gave away a goal, but responded well to finish the game off.”

“We’re now set up for a wonderful opportunity on Thursday at Loyola to play for an MVC championship. We’re proud to represent our University, our athletic department and everyone in the campus community as we have the chance for the second time this calendar year to try to bring home a Valley title.”

Valpo (10-4-2, 6-0-1 MVC) enters Thursday afternoon at Loyola tied with the Ramblers at 19 points atop the MVC standings. A draw gives the Beacons a share of the Valley regular season title, while a win gives Valpo the outright title, the number one seed for the MVC Tournament and hosting rights for the semifinals and championship match. Thursday’s match can be seen live on ESPN+, with a 4 p.m. kickoff.