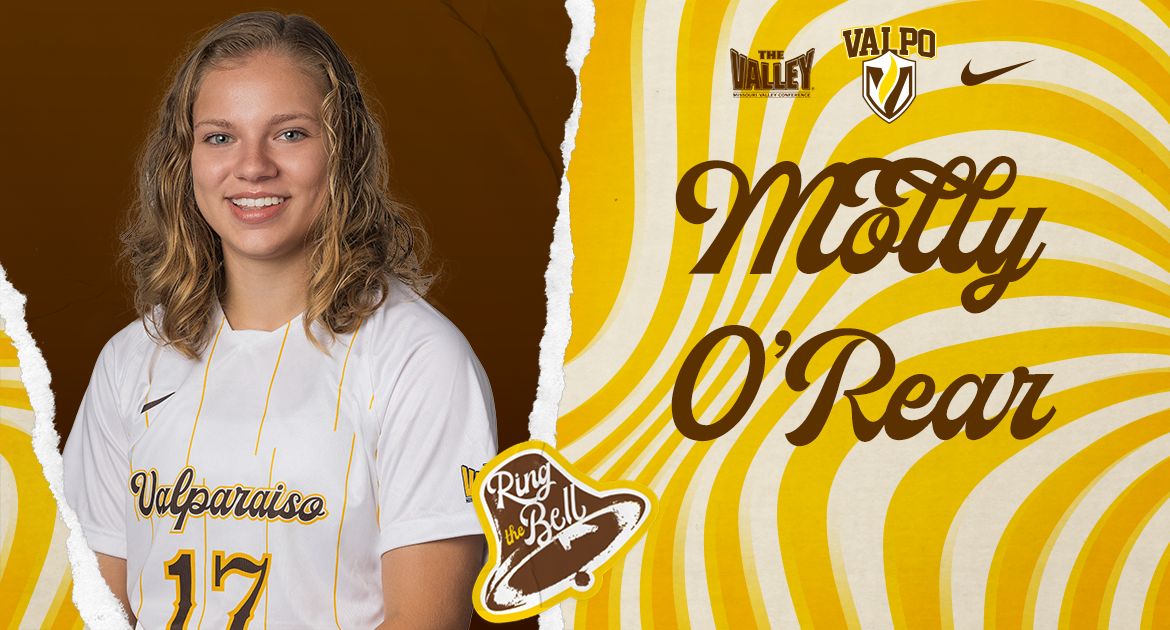 Valpo soccer freshman Molly O’Rear (Naperville, Ill./Naperville Central) has been named the Missouri Valley Conference Freshman of the Week after connecting on the match-winning goal last Saturday at UNI.

O’Rear made sure the Beacons would take all three points on the road from their MVC opener, turning and striking a left-footed shot from the top of the box in the 87th minute which rifled its way into the upper-left corner for the deciding goal in Valpo’s 1-0 victory. The goal capped a move which saw Valpo take just 21 seconds after gaining possession in its defensive 18-yard box to find the back of the net.

For O’Rear, it was her first career goal, and a much deserved one. The freshman has been one of Valpo’s most dangerous attackers all season long, registering a team-high 25 shots to date, and was finally rewarded for it with the clutch match-winner on Saturday.

O’Rear is the second Beacon to earn a weekly award from the conference office this season. Previously, Nikki Coryell was named MVC Defensive Player of the Week following the opening weekend of action.