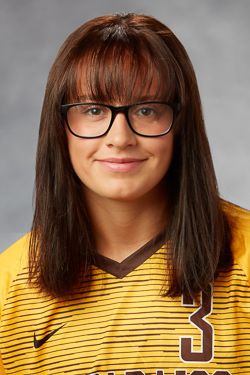 2019: Medically unable to compete for Valpo ... remains with program as a student manager.

2018: Made one appearance for Valpo, playing four minutes off the bench Sept. 2 against Robert Morris.

Personal: Daughter of Randy and Charlotte Gesell ... major is kinesiology.