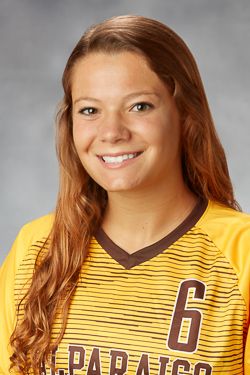 2018: Appeared in one match for Valpo ... played eight minutes off the bench in Sept. 2 win over Robert Morris.

2017: Appeared in one match for the Crusaders ... came off bench for 21 minutes of action Aug. 18 against Grace, tallying one shot attempt.

Prep: A four-year letterwinner for the Wildcats ... a Second Team All-State honoree as a senior ... earned All-Area and All-Conference accolades as well ... an Honorable Mention All-Conferene All-Conference choice her junior year ... played club soccer for the Michigan Hawks, helping them to a State Cup runner-up finish in 2015.

Personal: Daughter of Todd and Nancy Janke ... major is pre-med - chemistry and biology.