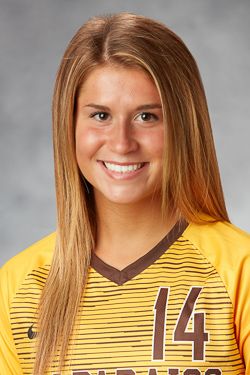 Spring 2021: Started each of the season's final 13 matches at right back ... played a total of 1,245 minutes and did not come off the field at all over the final 12 matches of the year ... part of a defensive unit which allowed just seven goals in her 13 matches and posted seven clean sheets.

Personal: Daughter of Jody and Julie Flynn ... major is exercise science, with a biology minor.