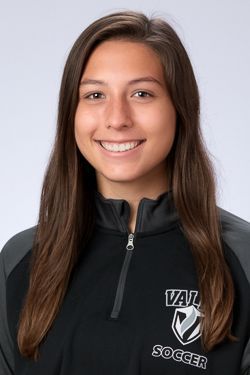 Prep: Earned First Team All-League honors multiple times for Castle View ... led Castle View in both scoring and assists in both 2017 and 2018 ... played club soccer for Colorado Rapids 02 ECNL under head coach Tiffeny Milbrett, a member of the National Soccer Hall of Fame ... named an ECNL Player to Watch each of the last three years, was the high scorer for Colorado Rapids ECNL in 2014, 2015 and 2016, and was named the Colorado Storm Player of the Year in 2015.