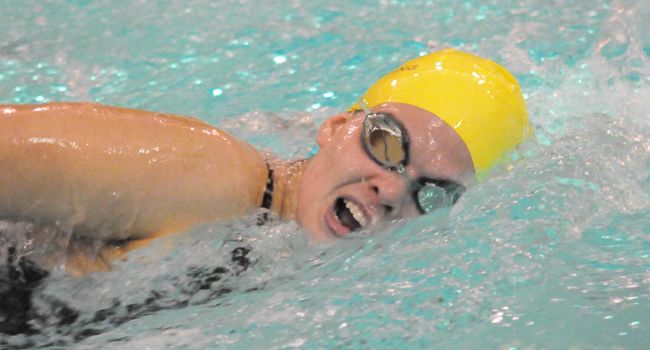 On the men's side, the Crusaders' 55 points puts them in 7th place. Oakland is in first place with 136 points.

The action resumes tomorrow at the Robert F. Busbey Natatorium in Cleveland.