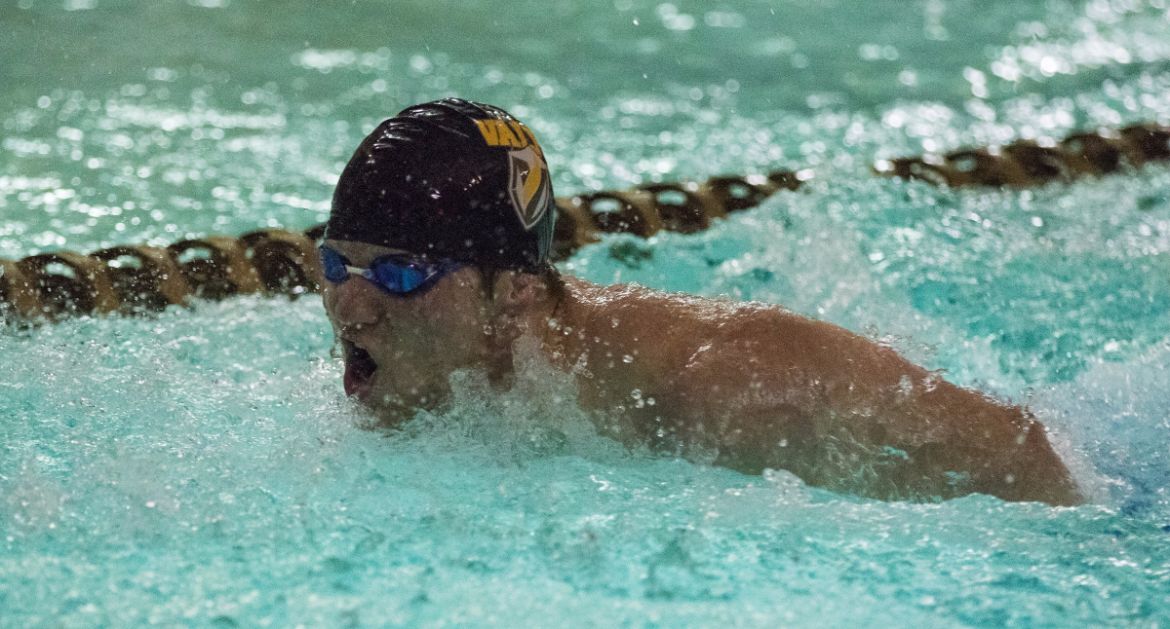 The Valparaiso University swimming teams finished their regular season slate Sunday against a competitive lineup of teams at the Butler Invite hosted by Butler University in Fishers, Ind. The women went up against the Bulldogs, along with Saint Louis, Southern Illinois, Xavier and Youngstown State, while the men battled Ball State, Saint Louis, Southern Illinois and Xavier.

“This concludes our regular season. We just have a few more weeks before conference to clean up our race strategies, starts, and turns. I’m excited to see what the swimmers can do when we taper off,” said head coach Miriam McGeath.

Leading the way for the Crusaders were senior Vinnie Zaia (Canton, Mich./Salem) and sophomore Erica Martins (Hartland, Wis./Lake Country Lutheran), each collecting a 13th-place finish. Sophomore Dylan Ogle (Simpsonville, S.C./Mauldin) was the top performer on the men’s side, bringing home a sixth-place finish.

The Crusaders will have a few weeks off to prepare for their respective conference championships. The men will travel to Sioux Falls, S.D. where they will compete in the Summit League Championships at the Midco Aquatic Center. The women will head to Iowa City, Iowa for the Missouri Valley Conference Championships at the University of Iowa’s Recreation and Wellness Center Natatorium. Both championships will take place from Feb. 14 – 17.