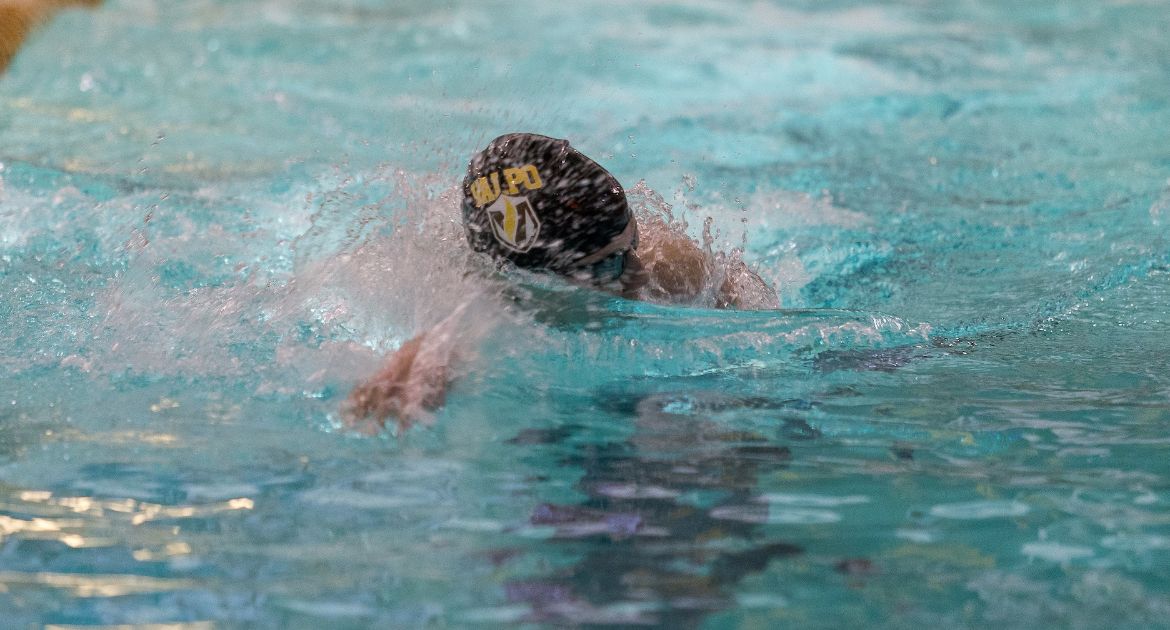 Dylan Kirar helped Valpo break into third in program history in the 800 relay on Saturday.

The Valparaiso University men’s and women’s swimming teams finished up the second day of the Phoenix Fall Classic at the University of Chicago on Friday. Teams got the morning started with the preliminary events, followed by finals in the evening.

The final slate of events for the 2018 Phoenix Fall Classic will occur on Sunday, beginning with prelims at 10 a.m. CT, followed by final events at 5 p.m. CT.