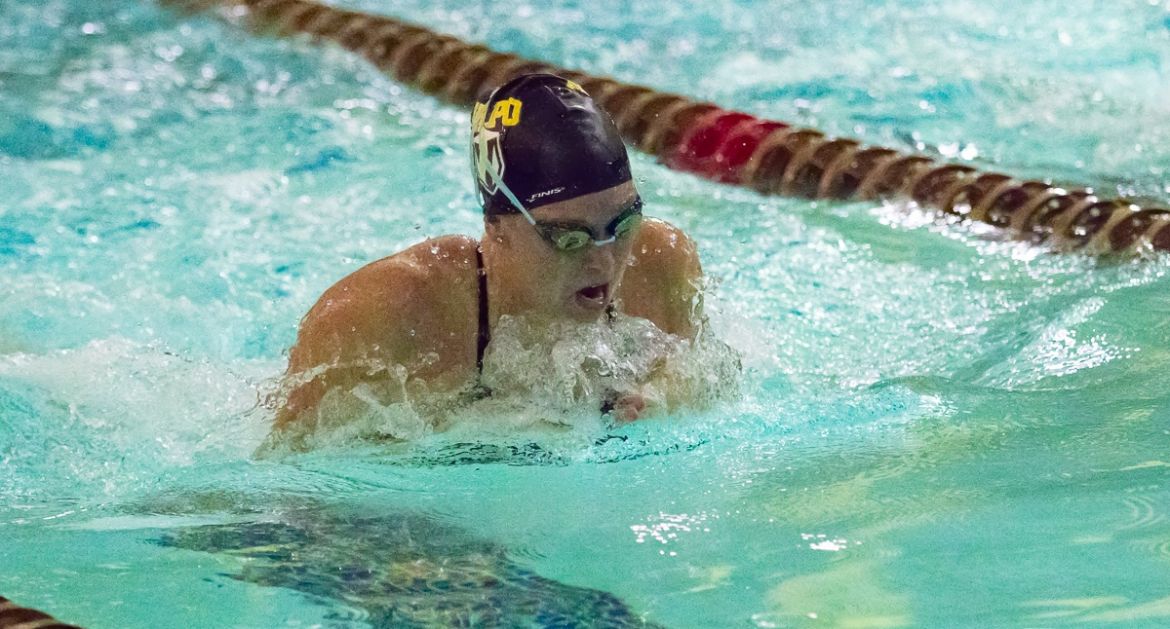 Mikayla DePover's win in the 100 breaststroke was one of her two individual wins on Friday.

The Valpo men’s and women’s swimming teams hosted a home meet on Friday night against the Evansville Purple Aces, the first home meet of the season for Valpo. Senior Paige Wright (Surprise Ariz./Paradise Honors) and freshman Mikayla DePover (Rock Island, Ill./Rock Island) led the Brown and Gold, as both won two individual events and were part of a winning relay as well.

Valpo will be back on the road as the team travels to Youngstown, Ohio to battle Youngstown State on Saturday, Nov.2. The events are scheduled to begin at noon CT.