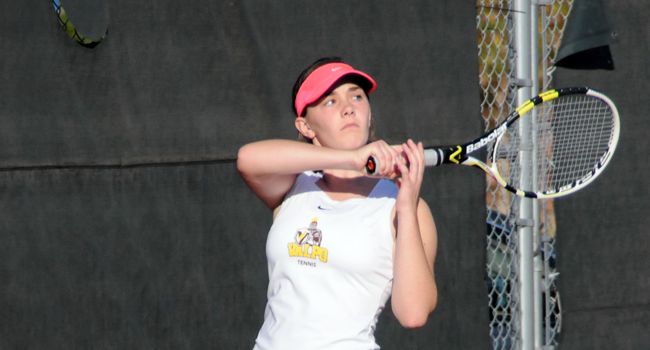 In their last match of the fall campaign, the Valparaiso women’s tennis team dropped a 7-0 decision on the road at Northern Kentucky

Northern Kentucky would go on to sweep the singles matches as well. In first singles, Hamel would lose 6-1, 6-0, while Zakiewicz would fall in second singles 6-1, 6-1. In third and fourth singles, Heuer and Barthels would lose their respective matches 6-0, 6-1 and 6-0, 6-0. In fifth singles, Fredlake played the closest match of the day, but would go on to lose 7-6(4), 7-5 to Northern Kentucky’s Xantos. In sixth singles, Moran Paras (Indianapolis, Ind./Bishop Chatard) fell to Sierra Nellessen by a 6-1, 6-0 decision.

Valparaiso (1-2) will return to action in the spring when the team begins their spring slate of matches. Until then, stay current with news from the women’s tennis team by visiting ValpoAthletics.com