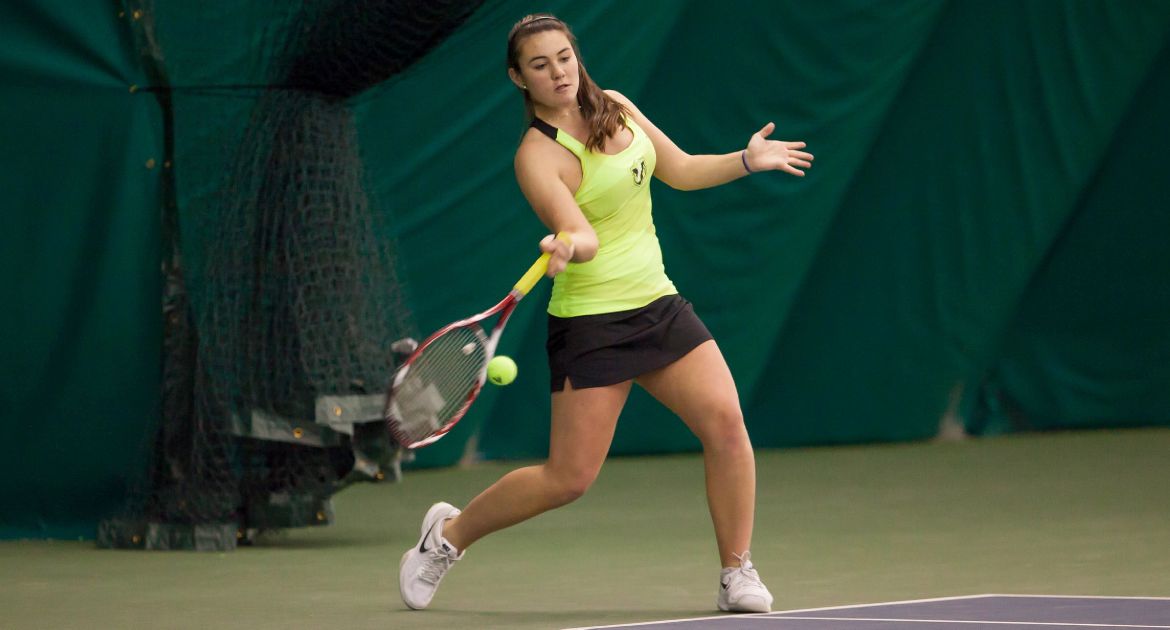 In their first Horizon League match of the season, the Crusaders were unable to claim a point against preseason favorite UIC. The Flames swept both the doubles and singles competitions, winning the match 7-0.

In No.1 doubles, Kristin Zakiewicz (Bristol, Ind./Northridge) and Kaitlyn Hamel (Lakewood, Colo./Green Mountain) fell 8-1. Similarly, Michele Fredlake (South Bend, Ind./Saint Joseph’s) and Angelina Goheen (Aurora, Ill./Rosary) were defeated 8-2 in No.2 doubles. With UIC in possession of the doubles point, the No.3 doubles contest was retired with UIC on top 4-3.

The Flames went on to capture the remaining six points in the singles competition, winning each match in straight sets. Paige Heuer (Munster, Ind./Munster)was unable to add to her team leading singles record, as the freshman was bested in No.3 singles, 6-2, 6-1.

The Crusaders continue Horizon League play next weekend with a home match against Wright State on Saturday, March 29th. The match will be played at the Courts of NWI, with the start-time to be announced. Visit ValpoAthletics.com for updates regarding the match.