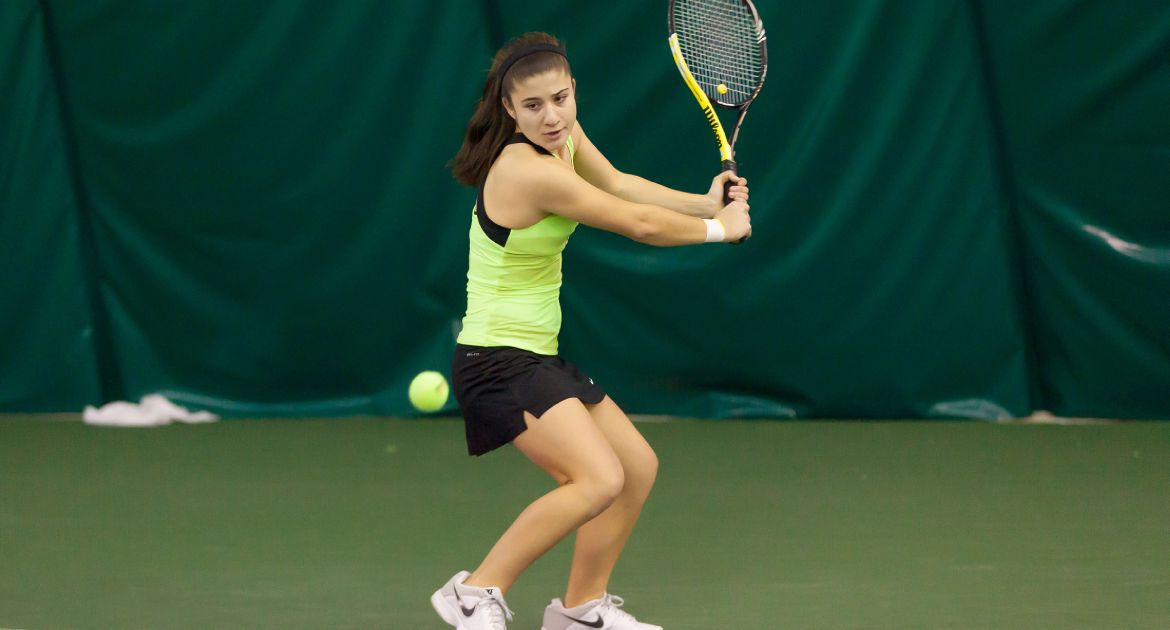 In its second Horizon League matchup in as many matches, Valparaiso welcomed Wright State to the Courts of NWI on Saturday morning. The visiting Raiders were able to get the best of the Crusaders on the day, taking all seven points in the match to take away an important Horizon League victory.

Wright State won the doubles competition, earning victories in both the No.1 and No.2 doubles contests. Kristin Zakiewicz (Bristol, Ind./Northridge) and Kaitlyn Hamel (Lakewood, Colo./Green Mountain) were defeated 8-2 in No.1 doubles, while Michele Fredlake (South Bend, Ind./Saint Joseph’s) and Angelina Goheen (Aurora, Ill./Rosary) dropped the No.2 doubles contest 8-3.

With a 7-4 lead in No.3 doubles, the Crusader pairing of Megan Barthels (Grand Rapids, Mich./Catholic Central) and Paige Heuer (Munster, Ind./Munster) were sure to capture a victory for the Crusaders, but the match would be retired after Wright State won the doubles point.

Wright State’s impressive play continued on into the singles competition. Down a point to none in the match, the Crusaders were unable to string together a series of wins, as the Raiders would secure the full six points in the singles competition to win the match 7-0. Singles play for the Crusaders was highlighted by Hamel in No.1 singles, and Fredlake in No.2 singles. Heuer was able to win three games in the first set of No.1 singles, while Fredlake was also able to take three games in the second set of her No.5 singles contest.

The Crusader women return to the court on Saturday, April 5th, for a Horizon League match in Green Bay, Wis. against Green Bay. Valparaiso will look to earn its first Horizon League victory of the season against the Phoenix. A start time for the match will be released early this week.