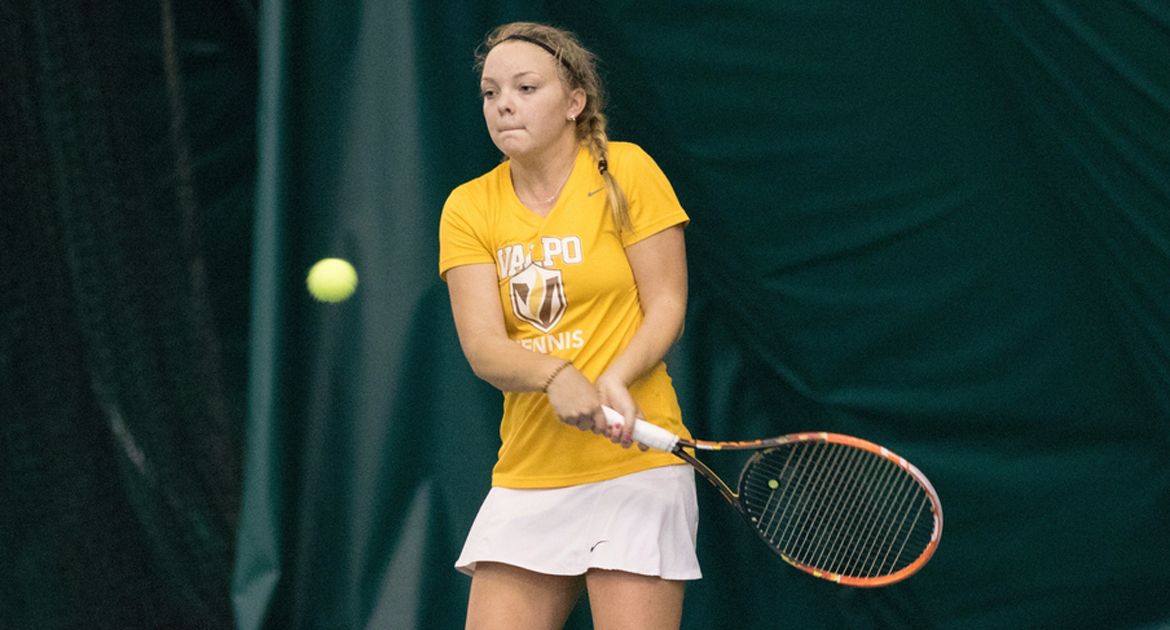 Sophomore Randi Wind picked up a three-set win in the Bronco Invitational on Sunday.

The Valparaiso University women’s tennis team received victories from Jordan Kopfer and Randi Wind on the final day of competition at the Bronco Invitational in Kalamazoo, Mich. on Sunday.

The final tournament of the fall season begins on Thursday, Oct. 20 as the Crusaders head to the ITA Midwest Regional, a five-day event in East Lansing, Mich.