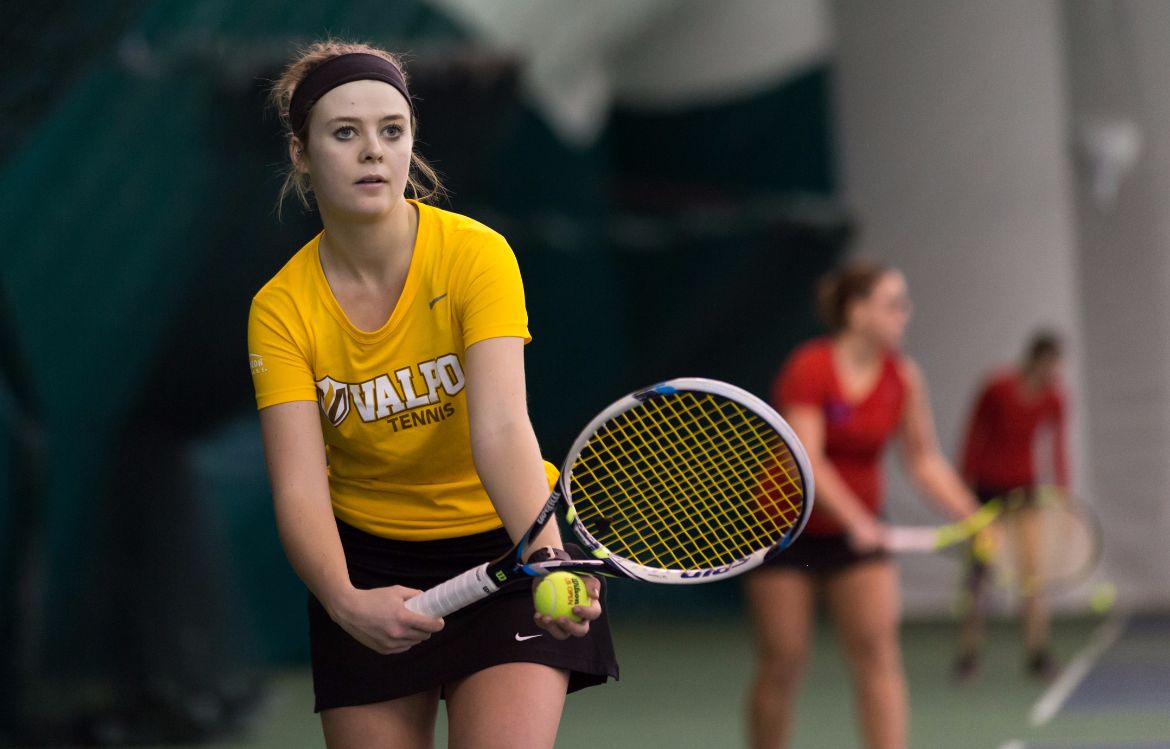 The Valparaiso University women’s tennis team suffered a 7-0 setback to Cleveland State on Sunday afternoon at Medical Mutual Tennis Pavilion in Cleveland, Ohio. The host Vikings climbed to .500 at 8-8 and boosted their Horizon League record to 2-0, while the Crusaders dropped to 1-11, 0-2 in league play.

The Crusaders will play their first home Horizon League match of the year and their first home match since March 4 on Saturday. UIC will come to town for a 2 p.m. start. The Flames were picked to finish second in the Horizon League preseason poll, narrowly behind league-favorite Youngstown State. Valpo’s first three league matches are against the teams predicted to finish first through third based on preseason voting of the league’s head coaches.