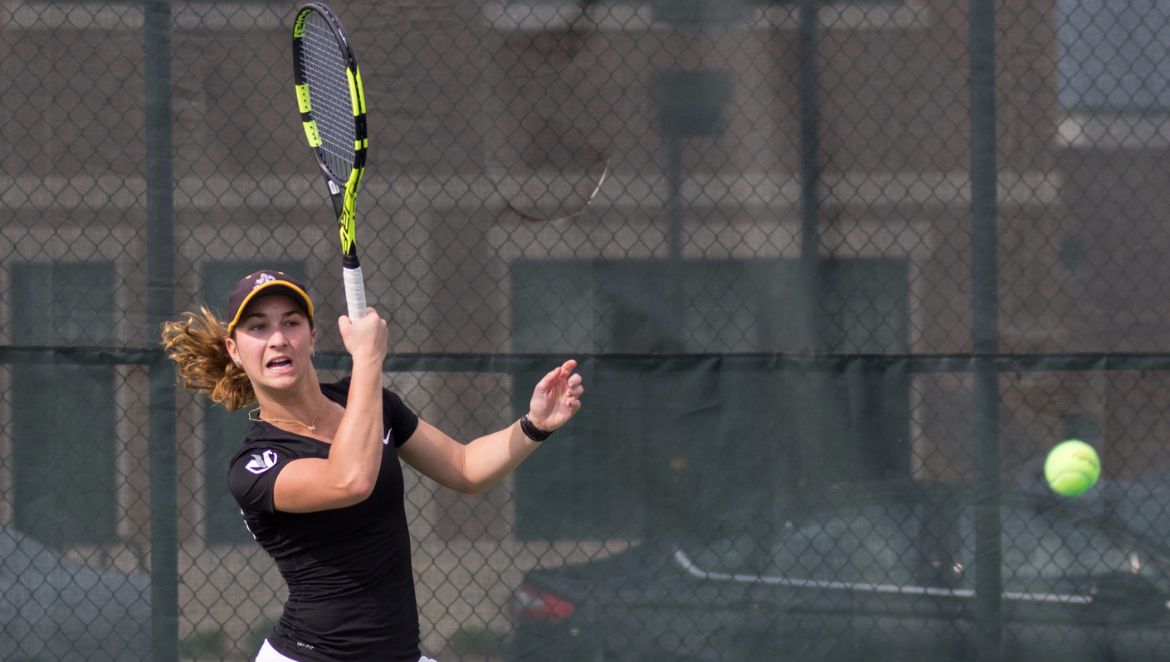 Randi Wind picked up her 10th win of the season on Saturday.

The Valparaiso University women’s tennis team picked up two singles victories and one doubles triumph in a 5-2 loss to Milwaukee at the Valpo Tennis Complex on Saturday afternoon. The Crusaders hadn’t won more than one singles match in any of their first five Horizon League contests, but have now picked up multiple singles wins in back-to-back league matches.

The Crusaders will host Chicago State on Tuesday afternoon in nonleague play. The match is slated to get underway at 1 p.m.