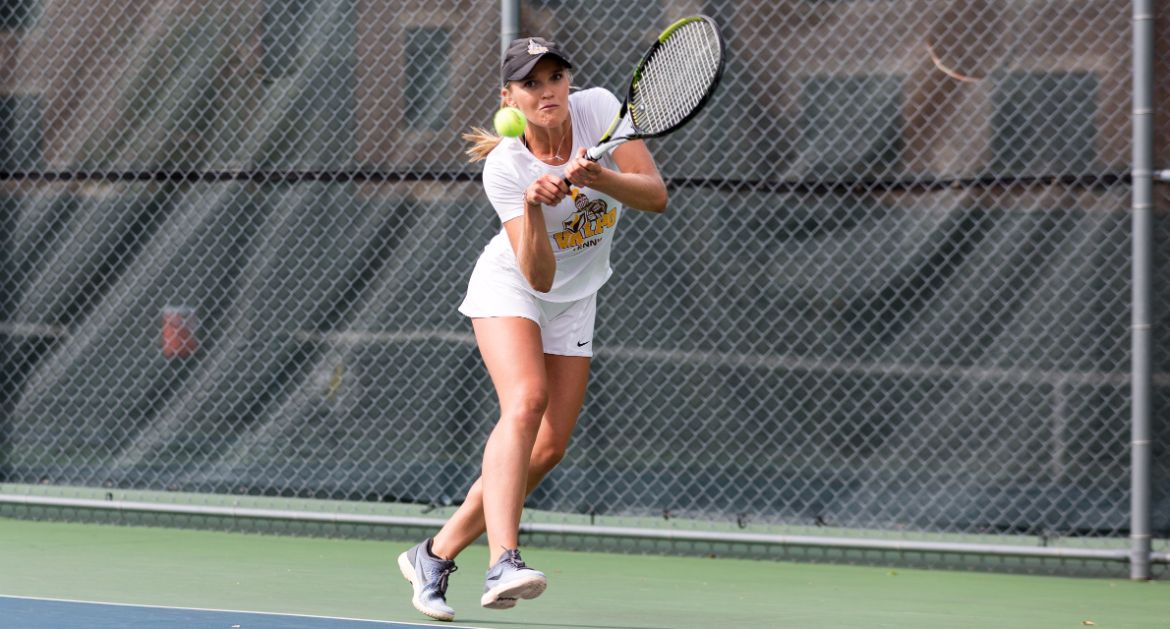 Jordan Kopfer won the only three-set singles match of the day on Saturday.

After a strong fall season, the Valparaiso University women’s tennis team has started the spring campaign on a high note, going on the road to top in-state foe IUPUI in convincing fashion on Saturday in Indianapolis. After downing the Jaguars 7-0, the Crusaders now own an unblemished 2-0 record as they also prevailed in their lone dual match of the fall.

The Crusaders will face another in-state opponent next week as they make their way to West Lafayette to collide with the Purdue Boilermakers of the Big Ten Conference. That match is slated to get underway at 5 p.m. CT.