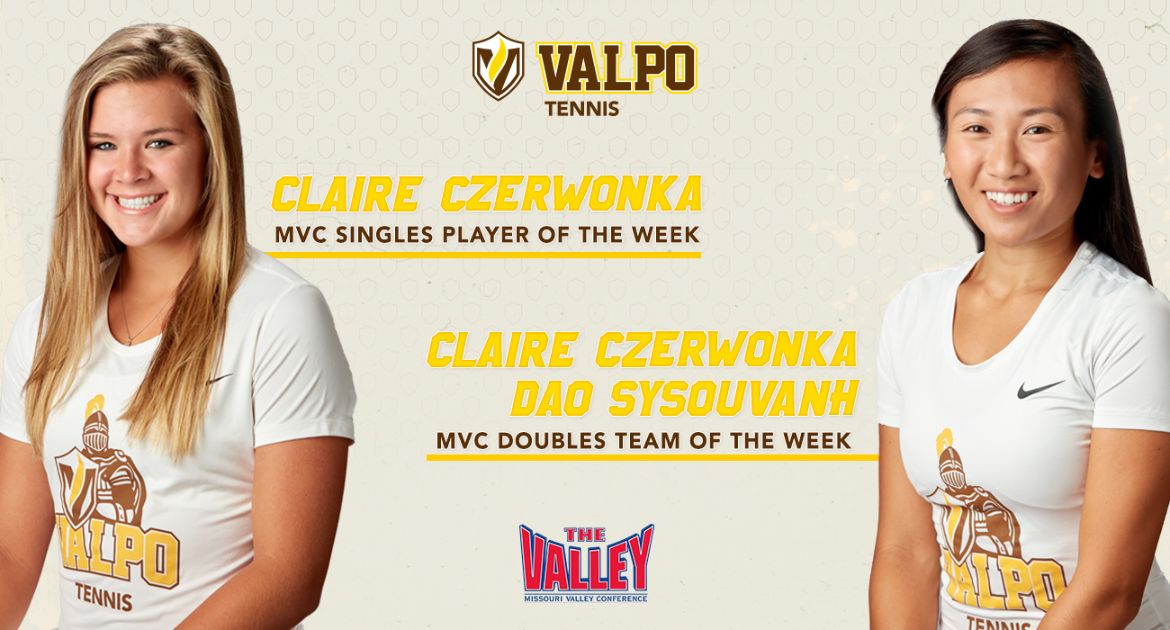 In its first season as a member of the Missouri Valley Conference, the Valparaiso University women’s tennis team has made a memorable entrance by sweeping the conference’s first weekly awards of the season.

Czerwonka picked up right where she left off after a strong fall season in the first spring match of her collegiate career. She led the way with a 6-3, 6-5 win over Valeriia Lavrenchuk at No. 1 singles to set the tone for Valpo’s 7-0 victory over in-state foe IUPUI on Saturday. The win allowed her to remain in a tie for the team lead in singles triumphs with seven.

Sysouvanh and Czerwonka prevailed at No. 2 doubles in dominant fashion, blanking the Jaguars 6-0 to help the Crusaders take the doubles point. That marked their sixth victory as a tandem this season, keeping them as part of a tie for the team lead in doubles wins.

The 7-0 victory over IUPUI was the program’s first 7-0 win since Jan. 26, 2013 against Western Illinois. Valpo won its first dual match of the spring season for the first time since Feb. 2, 2007, a 5-2 victory over Butler. In addition, the Crusaders beat IUPUI for the first time since Feb. 20, 2009, snapping a four-match head-to-head losing streak.

The Crusaders will face another in-state opponent this week as they travel to West Lafayette to meet the Purdue Boilermakers of the Big Ten Conference on Friday at 5 p.m. CT. Links to live video and stats for that match are available on ValpoAthletics.com.